When are they going to clean up this elections mess? | Beaufort County Now | Good Ole Boy network at play in review of Arizona election

When are they going to clean up this elections mess? 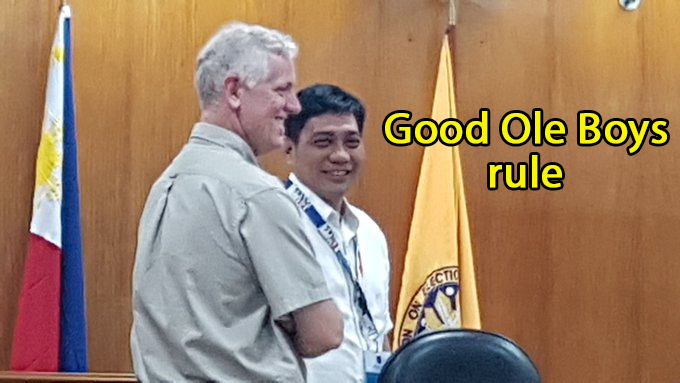 Honest elections are essential to a republican form of government.  If the representatives that are elected by the people are not viewed as having been honestly elected their governing decisions will always be tainted.

We have just experienced multiple elections that do not meet one or both of those essentials.  The Elite Media is prone to say “there was no evidence of irregularities because no court ever found that to be the case.”  The problem with that is that the disputes never got a trial and an impartial rendering of judgment based on the evidence.  The evidence was covered up.  And it appears to now be going on in Arizona.

What we found is very strange.  What is going on?

Arizona’s Maricopa County Board of Supervisors finally agreed to an election audit this week of its 2020 results.  The county officials approved only two companies to perform their ballot audit, both which certified Dominion voting systems.

Maricopa officials refused to offer data expert Jovan Pulitzer the job which indicates the Board of Supervisors is doing all it can to hide the truth from its constituents.

As reported earlier on Wednesday Arizona’s Maricopa County Board of Supervisors finally agreed to have a forensic audit performed in their county.  The Arizona Mirror reported:

Maricopa County will contract with two companies, Pro V&V and SLI Compliance, to conduct the audit. Those are the only two auditors certified by the U.S. Election Assistance Commission, according to county spokesman Fields Moseley. A proposed settlement agreement between the Senate and the county would require the Senate to use an EAC-approved auditor.

The Board of Supervisors, whom many believe are covering up election corruption due to their actions since the 2020 election, decided to pass on expert Jovan Pulitzer, who has a thorough and independent method to review the ballots and results.  Instead the Maricopa Board, after suing the Arizona Senate for ordering an audit be performed, eventually agreed to an audit but only if they could choose the auditors.  The county officials then limited their choices to Pro V&V and SLI Compliance.

On Wednesday we took a look at these two organizations – Pro V&V and SLI Compliance.

Pro V&V was also selected by Georgia’s corrupt Secretary of State Brad Raffensperger for a recent sham audit there.

Secretary of State Raffensperger used Dominion-linked Pro V&V, an Alabama-based testing laboratory, to do the Georgia audit of the Dominion machines. The company announced it “found no evidence of the machines being tampered.”  This should tell you something:

Georgia Secretary of State Brad Raffensperger announced in mid-November that the results of a forensic analysis of Dominion voting machines in the state — ordered in the wake of controversies involving the nationwide election equipment vendor — revealed “no evidence of the machines being tampered.”

To perform the audit, the state contracted Pro V&V, which Raffensperger identified as “a U.S. Election Assistance Commission certified testing laboratory.” (The Election Assistance Commission is an independent agency of the U.S. government created under the 2002 Help America Vote Act. Among its functions is the certification of election equipment and accreditation of election system testing labs.)

But it’s much more than that.  We know for example that Pro V&V has only three company contacts and has been in business since 2011.  The President of Pro V&B is Jack Cobb.  Cobb has been called in to perform audits for Dominion in the past.  He performed one audit in the Philippines in 2019, but he referred to himself as the ‘Laboratory Director’ during this engagement, for some reason, rather than the President of the company:  [there’s more here:  Gatewaypundit.com]