Conservatives do not need the Elite Media anymore 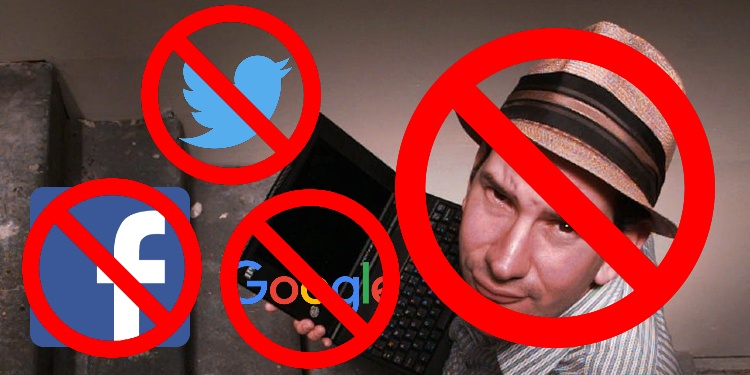 A day seldom goes by that we don’t hear of some conservative or group being banned from one of the Elite social media platforms.  Even Amazon has refused to hot Parler on their servers because they don’t like Parler’s content.  It’s hard to hear a conservative talk show without the subject coming up.  One would think there is the quintessential “existential threat” coming down on all that is conservative.  That’s a good thing, we think.  It is far past time that conservatives divorce the Elite Media and support their own conservative platforms.  A good place to start is the Beaufort Observer/Beaufort County Now.

Many conservatives already have done exactly what we are proposing.  We are delighted about that, but far too many still are addicted to Twitter, Facebook, Amazon, Google as well as the Elite Networks and CNN, MSNBC etc.  We still don’t understand why Donald Trump persisted with Twitter until he was kicked off.  It needs to be total and complete.

J.D. Rucker, writing at noreport.com recently beat the same drum when he wrote:

The tyrants of Big Tech and the useful idiots in mainstream media have the market cornered on news. They determine which news stories to promote and which ones to suppress. And while there are strong players moving their way up the ranks in social media such as Gab, Parler (assuming they come back), and Clouthub, they just don’t have the user base of Twitter or Facebook that seems necessary in order to get all of the news when it happens.

It’s the second biggest complaint I get from conservatives who refuse to try the burgeoning social media alternatives. The first is reach; they just can’t reach the same number of people on the smaller sites. Twitter and Facebook may be suppressing us, but unless we’re a celebrity we’re not able to get the same type of traction on news that we share on Gab that we do on Big Tech social media sites.

To me, it’s a matter of being on both. I am still active on Twitter while maintaining the same activity level on multiple smaller alternatives. I’ve never really been much of a Facebook guy, but I still occasionally post there as well. If (when) I get kicked off of Twitter and Facebook, I won’t be too mad. It’s bound to happen since I don’t filter my posts. But when it does, I’ll be ready to hit the ground running on the smaller sites.

All of this still comes down to where conservatives can find the news. Many of us have been so reliant on Big Tech that we don’t know where else to look. For NOQ Report, we’ve anticipated the purge for some time and have been weening ourselves off of the Big Tech teat. Yes, Facebook and Twitter still send us a good chunk of traffic, but nowhere near what they’ve sent in the past. Our Twitter account is gone, purged on the same day as President Trump and tens of thousands of other accounts. Our Facebook page has been suppressed for a long time. This time last year, we could get tens if not hundreds of thousands of views on a single Facebook post. Today, we get dozens or hundreds.

The vast majority of our traffic is “direct.” In other words, most of our visitors come to the site on their own, whether they have us bookmarked or if they simply visit regularly. But rising up in the ranks are the various conservative news aggregators visited by conservatives in-the-know. Below is a list of our top ten referrers among these aggregators. We strongly encourage everyone to check them out, bookmark them, and make the ones you like the best the place you visit multiple times per day. Just like Drudge Report used to be, these sites offer conservative perspectives and news vetted by real patriots.

We’ll be updating this list every month. These top news aggregators fill the void left by Drudge Report when he turned to the dark side following the 2016 election. Conservatives need to spread the real news now more than ever.

We agree with Rucker.  Conservatives should abandon Twitter, Facebook, Instagram, YouTube etc.  At the state level we have the same opportunities.  There is NC News an Views (ncnewsandviews.com), https://dailyhaymaker.com, Carolina Plott Hound - First In Freedom Daily.  First In Freedom Daily. Carolina Journal, and others.  DuckDuckGo is a superior search engine to Google and Bing.  And www.brave.com is a vastly superior choice for an internet browser  than Edge or Chrome.

Wouldn't it be great if there was once source you could go to each day to get the best of all of these outlets?   There is!  And you have found it right here at Beaufort County Now and the Beaufort Observer.  The advantage there is you get Beaufort County news also.  Tell your friends.  Send your contacts links to articles you read here.  Who needs the Elite Media?