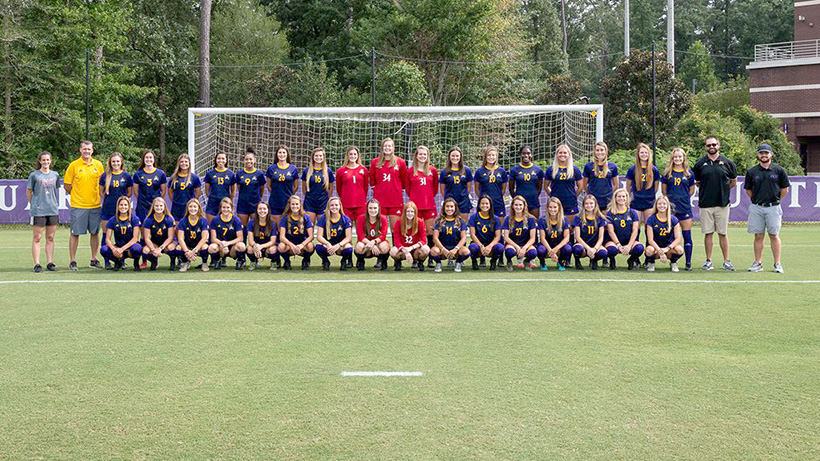 Kickoff inside the ODU Soccer Complex is scheduled for 6 p.m. and the match will be streamed live via CUSA.TV.

When they last took to the pitch in 2019, the Pirates compiled a 5-10-3 overall record and 2-5-2 mark in American Athletic Conference contests. ECU missed qualifying for the league tournament by a single point.

Senior forward Tori Riggs returns as the team's leading scorer from 2019, netting four goals and two assists to end up with 10 points. Defensively, senior Kim Sanford returns to anchor the back line. She was named to the preseason All-AAC Team following an all-conference performance in 2019 when she was tabbed to the league's second team. Sanford paced the defense to six shutouts and played all but eight minutes the entire year.

In addition to 14 players that saw minutes in 2019, East Carolina welcomes 14 freshman and four transfers to the program.

Old Dominion posted a 10-4-4 record in its last full season of play, including a 4-4-2 Conference USA ledger. Current senior Amanda Nhek led the squad with eight goals as the Monarchs went unbeaten in six of their last seven league matches. ODU was selected seventh of seven teams in the preseason C-USA East Division poll.

Up Next: Following its season opener at Old Dominion, the Pirates jump right into AAC play with a home contest against Houston Feb. 13 at 5 p.m. The match will be streamed live through ESPN+.