Published: Monday, February 22nd, 2021 @ 12:32 am
By: Carolina Journal   ( More Entries )
Publisher's Note: This post appears here courtesy of the Carolina Journal. The author of this post is Johnny Kampis. 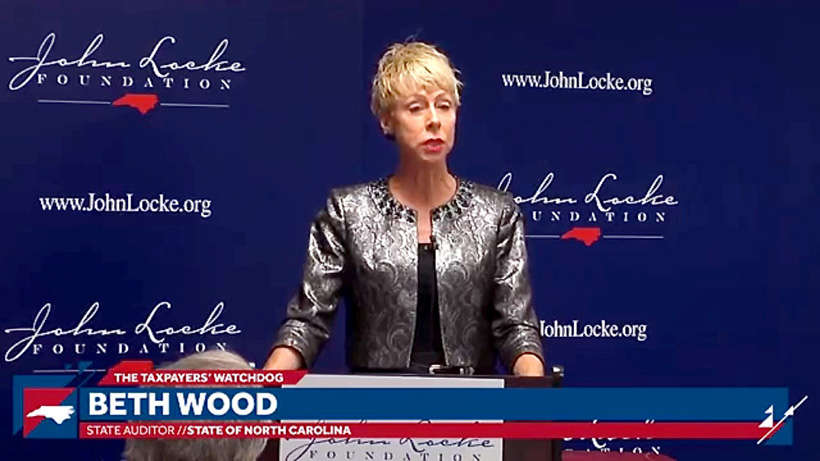 The auditor's office says HHS didn't properly ensure that only qualified providers were approved to provide services to Medicaid beneficiaries and to get payments from the state's Medicaid program. HHS didn't identify those providers who had professional licenses suspended or terminated so they could remove them from the program, the audit said.

"The Department of Health and Human Services does not check any credentials during this reverification process. None," Wood said in a video accompanying the audit.

Examiners discovered that of 66 Medicaid providers disciplined by their licensing board in fiscal 2019, 26 had their license suspended or terminated. HHS only removed eight of the 26 from the Medicaid program.

The reasons for the suspended or terminated licenses ranged from substance abuse to sexual misconduct to a felony conviction related to health-care fraud.

These errors increased the risk that ill-equipped providers could receive millions of dollars in improper payments, the audit said. Such neglect is a big deal across the country: The Government Accountability Office reported that non-compliance with provider screening and enrollment requirements among the states contributed to more than a third of the $36.3 billion in estimated improper payments in 2018.

States are required to screen and enroll Medicaid providers in accordance with standards set by the U.S. Centers for Medicare and Medicaid Services to help combat waste, fraud, and abuse of the system. It's also a matter of safety, as Wood's office said that some providers on the Medicaid rolls lost their licenses due to patient deaths.

The audit said that unlicensed providers received $1.64 million in Medicaid payments in North Carolina during fiscal 2020. Providers lacking proper credentials got $11.2 in funds that year.

Dr. Mandy Cohen, secretary of HHS, said in a response included with the audit that she agrees with the findings, and the department has removed ineligible providers and is working to recoup improper payments.

"Ensuring that we enroll and maintain only qualified providers to care for the beneficiaries is a fundability responsibility of the Medicaid program," she wrote. "I have directed our Medicaid program leadership to make the issues identified in the report a top priority."