N.C. Looks to Relax Regulations on Providers to Speed up Broadband Access | Beaufort County Now | Free-market advocates in North Carolina are optimistic the relaxing of regulations in the state will help promote the growth of broadband and help close the digital divide.

N.C. Looks to Relax Regulations on Providers to Speed up Broadband Access 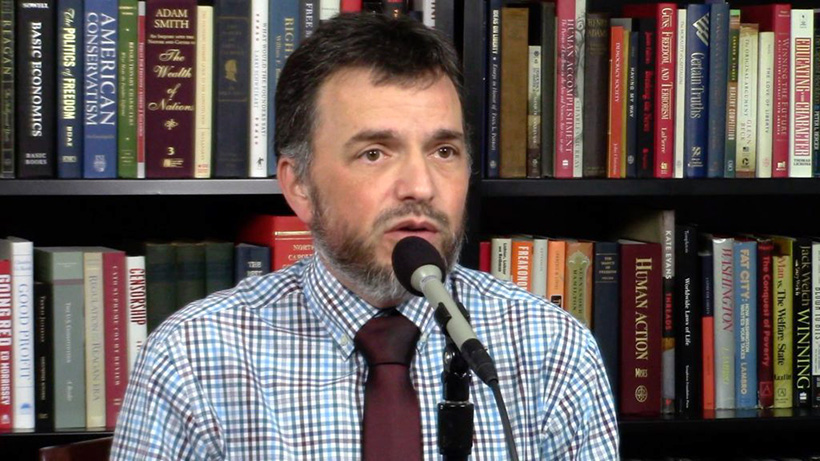 Free-market advocates in North Carolina are optimistic the relaxing of regulations in the state will help promote the growth of broadband and help close the digital divide.

Jon Sanders, research editor and senior fellow, Regulatory Studies, at the John Locke Foundation, told the Taxpayers Protection Alliance he's optimistic the state Legislature could pass more laws that could limit the permit fees that governments can charge providers. Sanders also says the state can move on regulations such as one-touch, make-ready permitting that could speed up the often time-consuming process of utility pole attachments.

"I get the sense that some good will come from the Legislature this year on those issues," Sanders said.

The Greenlight service in Wilson, one of the earlier government networks with a creation date of 2009, was the catalyst for a challenge by the Federal Communications Commission under former chairman Tom Wheeler trying to pre-empt laws in North Carolina and other states that limited the creation of government broadband. An appellate court eventually determined the FCC didn't hold jurisdiction to challenge those state laws.

And while Greenlight is one of the most successful municipal broadband projects, a University of Pennsylvania study found it carries debt, showing how perilous for taxpayers these networks can be.

Even though there continues to be a call for taxpayer-funded networks to help close the broadband gap, Sanders believes the issue has died down some, especially as 5G comes to the forefront as a game-changer for bringing more high-speed internet to regions that are less cost effective for wired service.

"That's more of a city issue and I think the issue is more centered on how to provide broadband to rural areas," he said of government networks.

As the JLF notes in a recent policy paper on broadband, more than 95% of North Carolina can choose from at least three broadband providers, making the state better connected than most. That prompted the R Street Institute to give North Carolina a B-plus plus grade on its 2020 Broadband Scorecard Report.

R Street said that "North Carolina should focus on wireline broadband construction and establish a fee cap for franchises. These steps will help with the deployment of wireline infrastructure to balance out the great work the state has done on wireless."

In 2019, the state implemented Senate Bill 355, which contained regulatory reform to facilitate the growth of wireless. This includes limits on local permitting fees and the creation of shot clocks that require governments to act quickly on applications. It prevents exclusive rights-of-way access, as well.

That same year, lawmakers also passed Senate Bill 310, which allowed electric cooperatives to participate in a the U.S. Department of Agriculture's ReConnect Program, designed to connect rural areas to broadband.

Following a directive from Gov. Roy Cooper, the state departments of transportation and information technology in November finalized a statewide dig-once policy during state road projects to help facilitate broadband growth. This policy requires the government to allow providers to access the rights of way during road construction projects so they can lay conduit for fiber. This increases efficiency and prevents the need to dig up rights of way in the future.

Sanders said the dig-once policy is a good reform that will benefit the state.

"I commend the governor for setting that in motion," Sanders said.

Sanders would like to see lawmakers legislatively set in place the allocation of federal COVID-19 relief funds intended for broadband to truly unserved areas, though he adds that he has no reason to doubt the state has the best intentions in putting that money where it's best needed.

The legislature created the Growing Rural Economics with Access to Technology program in 2018 to help bridge the broadband divide through grants, connecting an estimated 22,000 homes over the past three years. That program will distribute $30 million in COVID relief money from the federal government to boost broadband expansion.

Johnny Kampis is a freelance writer for Carolina Journal. He is also a senior fellow and investigative reporter for the Taxpayers Protection Alliance.
Go Back