Cooper Makes Move to Re-Open Bars, but Says More Government Money Is Needed | Beaufort County Now | Private bars will open at limited capacity under a new executive decree from the governor, although at the same time he called for more direct government aid to prop up failing businesses.

Published: Friday, February 26th, 2021 @ 2:29 am
By: Carolina Journal   ( More Entries )
Publisher's Note: This post appears here courtesy of the Carolina Journal. The author of this post is John Trump. 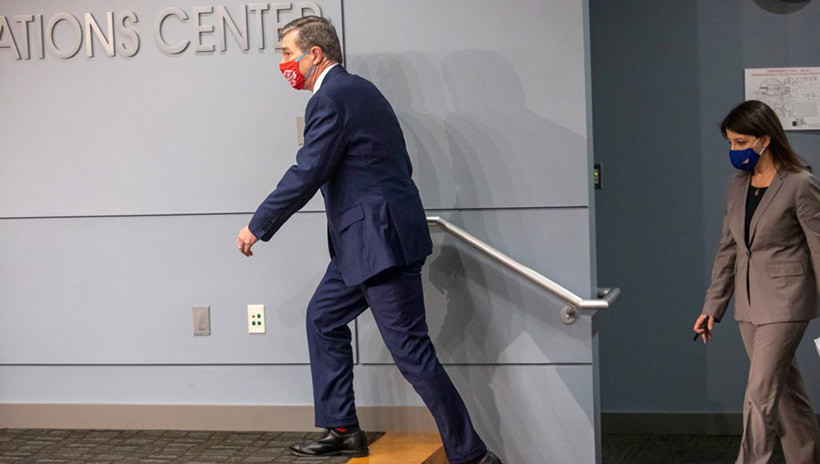 Private bars will open at limited capacity under a new executive decree from the governor, although at the same time he called for more direct government aid to prop up failing businesses.

As opposed to easing restrictions even further, as states such as South Carolina and Florida — and many with Republican governors — have done, Gov. Roy Cooper is again reaching for the "dimmer" switch.

Cooper, a Democrat, and health secretary Dr. Mandy Cohen said Wednesday, Feb. 24, they won't hesitate to re-enact strict restrictions should conditions worsen. According to science and data, of course.

The number of people hospitalized in North Carolina with COVID-19 is at its lowest point since Thanksgiving, and the rate of positive tests is about 6%. More people are receiving vaccines, as now teachers are eligible to get the shot, even though many people 65 and older haven't been vaccinated.

A bill to reopen schools still sits on the governor's desk, and he has intimated he wouldn't sign it because it neither follows state health department protocols nor preserves the ability of local authorities to respond to emergencies. What he means, exactly, by those caveats isn't clear.

Regardless, the bill, if Cooper fails to act on it, becomes law after Saturday.

Cooper lifted a statewide curfew, but a mask mandate remains. Bars and other venues, such as movie theaters, can now open at 30% capacity and serve customers alcohol until 11 p.m., as opposed to 9 p.m. or earlier. Cooper also lifted the 100-person outdoor limit.

Gyms, museums, restaurants, amusement parks, and other retail businesses, for example, can open at 50%.

"This is what we have been fighting for since May," Zach Medford said on Facebook. Medford, who founded the N.C. Bar and Tavern Owners Association, has worked hard to reopen bars in North Carolina, which Cooper closed in March and then later reopened for a small number of patrons outdoors.

"It's only a small step in the right direction, and it's coming months way too late for many bar owners — but for now, it is a win and we will take it."

Is it enough, considering the devastation to the hospitality industry left by the lockdowns?

"States and the federal government need to continue to step up and provide help to them directly," the governor said.

Cooper says he wants those businesses to thrive, but the pandemic precludes further relief. Such as allowing all businesses to open fully, for instance.

"We want to put health and safety first, and we think that this move does that," Cooper said.