House Leaders Introduce Emergency Powers Accountability Act | Beaufort County Now | A group of N.C. House lawmakers have introduced a bill to, they say, strengthen and clarify current law to require approval from a majority of the Council of State for emergency actions by the governor.

Published: Wednesday, March 17th, 2021 @ 11:27 am
By: Carolina Journal   ( More Entries )
Publisher's Note: This post appears here courtesy of the Carolina Journal. The author of this post is CJ Staff. 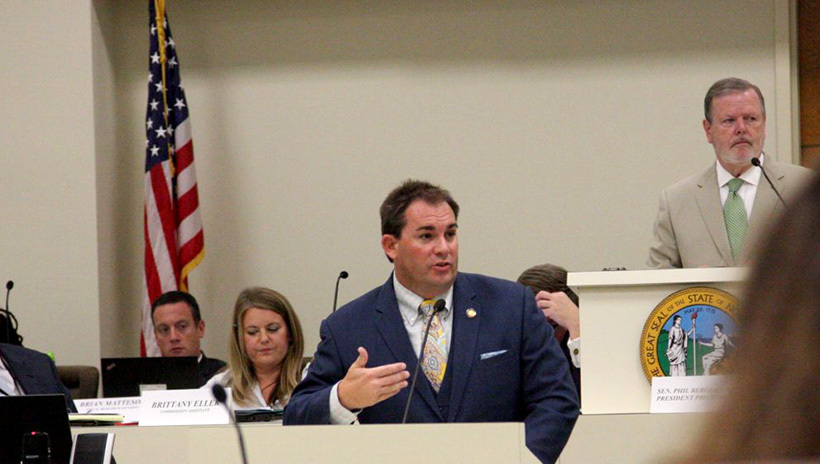 A group of N.C. House lawmakers have introduced a bill to, they say, strengthen and clarify current law to require approval from a majority of the Council of State for emergency actions by the governor.

"This is not a Republican or Democrat issue," said Rep. John Bell, R-Wayne. Bell is House majority leader.

"We can all agree that COVID-19 has required emergency action," Bell said. "However, the current law granting these emergency powers was simply not written with today's challenges in mind. Our bill will clarify the law to encourage greater bipartisan consensus and ensure stronger oversight and accountability."

House Bill 264, Emergency Powers Accountability Act, would require the governor to seek the concurrence of the Council of State when issuing a statewide declaration of emergency beyond 30 days, a news release says. Statewide would mean an emergency area of 67 or more counties, it says.

The bill comes one year after Gov. Roy Cooper, a Democrat, issued a statewide emergency order in response to the COVID-19 pandemic.

"Since then, the governor has exercised absolute power by dictating what businesses can open, how schools can operate and where and when people can gather — without following statutory mandates to consult with the Council of State," the news release says. "In fact, Governor Cooper had previously asked for Council of State approval for his first shut down order in March 2020, but then switched legal theories when some Council of State members raised questions."

The Council of State consists of 10 executive offices established by the state constitution.

"Unfortunately, the governor has chosen to disregard the statutory requirement that mandates him to consult with the Council of State," said Rep. Keith Kidwell, R-Craven. "This has allowed him to unilaterally shut down businesses, close schools, and severely limit the lives of North Carolinians through his executive orders. Clearly, this is not how a representative republic works."

"One year ago, most people did not believe that the governor had the power to shut down an entire state," said Hall. "Most at least assumed there were some checks and balances. Such consequential decisions should be made in a deliberative process with other elected officials. North Carolinians deserve confidence that the unprecedented restrictions placed on their families and businesses are the result of bipartisan consensus, not the absolute power of one man."
Go Back