Do Jackson and Smith Agree With Biden and the Senate Dems on Destroying Women’s Sports?

Washington, D.C. — Joe Biden and the Senate Democrats are on record TWICE for supporting a radical social agenda to allow biological men to compete in women's sports. This would destroy women's sports as we know it.


Democrats claim they are pro women, but this is nothing more than an attempt to erase women's sports and reflects the radical social agenda that has become central to the Democrat Party.

Polling conducted by the NRSC reveals a HUGE majority of Americans do NOT agree with the Democrats' position on destroying women's sports. 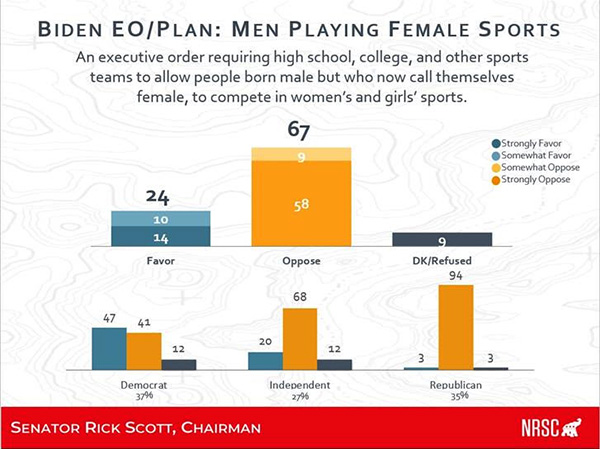 Do Jeff Jackson and Erica Smith agree with the Radical Liberal Culture Warriors that are increasingly dictating the Democrat Party Agenda? If so, they are WAY outside the mainstream.
Go Back