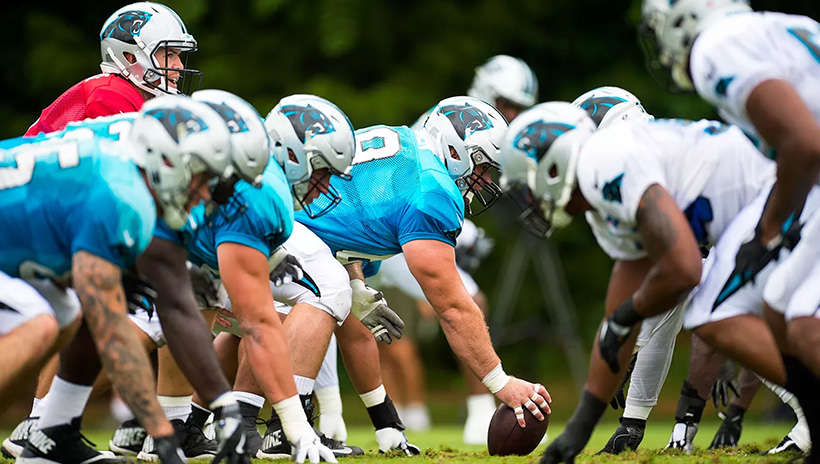 The Panthers' first two reported free agent signings of the year fell somewhere between boring and horrible. Adding Pat Elflein and Cameron Erving offered offensive line "depth" and versatility, but they rank among the worst OL in the NFL over the last three years according to PFF. Touchdown Wire didn't care for those signings, either — giving the Panthers a C+ for Elflein and a D grade for Erving.

Carolina made up for it with their next two moves, though. First, they signed former Chargers linebacker Denzel Perryman, getting an impressive upgrade at the Mike position. Doug Farrar gave that move a B+ grade, noting Perryman's coverage.

"His best year came in 2019, when he gave up 20 catches on 28 targets for 168 yards, 77 yards after the catch, no touchdowns, an interception, and an opponent passer rating of 71.7. Any opposing slot receiver or tight end running routes over the middle against the Panthers will want to keep his head on a swivel here."