Yet another example of incompetence or corruption, or both, at the FBI | Beaufort County Now | Leaks and more leaks...if the victim is a Republican but stone silence if a Democrat

Yet another example of incompetence or corruption, or both, at the FBI 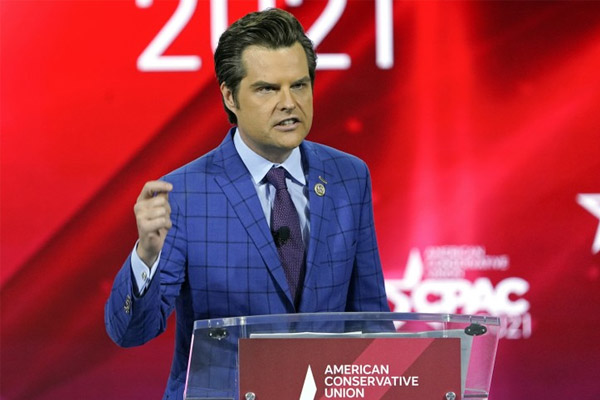 Last night, amidst a slew of far more important stories, The New York Times sought to change the narrative from the disaster at the border by leaking about a supposed investigation involving Rep. Matt Gaetz. The report was based on anonymous sources giving very vague information about what might or might not be going on.

RedState covered this initially last night, and if Gaetz actually did something wrong, he should be held accountable.

Rep. Matt Gaetz (R-FL) has been the subject of an inquiry by the US Department of Justice into whether he had a sexual relationship with a 17-year-old girl and paid for her to travel with him. Three people who had been briefed on the matter told the New York Times that investigators are examining whether Gaetz violated federal sex trafficking laws, the people said.

For his part, Gaetz denies the claims. He went on Tucker Carlson’s show last night and named a person he alleges is trying to extort him. Later, RedState confirmed that Gaetz was telling the truth about his father wearing a wire for the FBI to investigate the matter. Where that leaves us is anyone’s guess. Gaetz is certainly a character, and his defense is a bit convoluted, but the fact that this was leaked via “three people briefed” is yet another black-eye for the FBI.

Really, it should bother everyone, no matter their feelings on Gaetz, that the FBI can just leak something like this, to attack someone in such a blatantly political way. When you are facing an anonymous allegation, you can’t respond to it in any effective manner. Just last night, the reporter behind the Times story appeared on Rachel Maddow’s show and countered Gaetz’s claim about the man he named, yet she did so offering no proof whatsoever. These games are rigged, and you aren’t supposed to be able to defend yourself.

Notice how tightly sewn up the FBI has been about the current Hunter Biden investigation and the myriad of other past transgressions by the president’s son. Their lips only seem to get loose when a Republican is in the cross-hairs, and that should bother everyone. It’s corruption, and it deserves the scorn it receives.

Further, this makes the FBI look really stupid. You’re telling me that the FBI needs a multi-year investigation to prove whether Gaetz traveled with a 17-year-old? Shouldn’t that be readily apparent or quickly disproven given the simplicity of the evidence involved?

There need to be major reforms within the FBI and DOJ in regards to securing information about investigations. This constant stream of anti-Republican leaking to outlets like the Times and The Washington Post is gross and wrong. But you aren’t going to get those reforms with the current leadership so expect this kind of thing to continue and for it to always go in one direction.
Go Back