What Is the Problem With Mac Jones? | Beaufort County Now | With little chance of moving into the top-four, could the Carolina Panthers draft plans now center around Alabama quarterback Mac Jones?

What Is the Problem With Mac Jones? 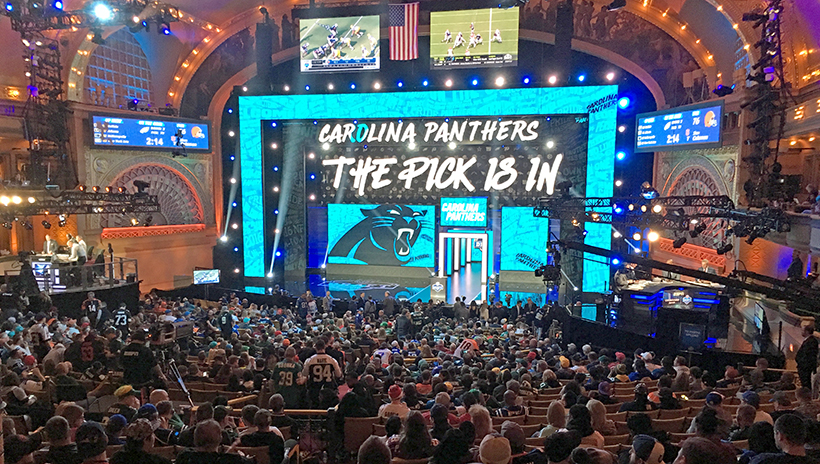 The Carolina Panthers draft plans have been thrown into disarray by a bombshell move up the order by the San Francisco 49ers. While general manager John Lynch was casting his eye on BYU quarterback Zach Wilson, the organization confirmed that multiple first-round picks were sent to the Miami Dolphins in exchange for the No. 3 overall selection this year.

This puts the Niners in play for one of the top signal-callers behind Trevor Lawrence and Wilson, who are expected to go No. 1 and No. 2. Carolina is probably the biggest loser of all regarding this move and the chances of them getting Trey Lance or Justin Fields now appear bleak.

If this scenario eventually plays out, it is going to be a real problem for Carolina in their pursuit of getting an upgrade on Teddy Bridgewater. There is almost no chance of the Deshaun Watson situation being resolved before the all-important draft weekend, so if the Panthers decide they need immediate assistance then other alternatives need to be found.

One prospect that might be considered is Mac Jones. The Alabama star enjoyed a phenomenal campaign for the Crimson Tide on their way to yet another National Championship in 2020. But here is real skepticism about his potential to bring this positive momentum to the next level.