Published: Friday, April 23rd, 2021 @ 2:11 am
By: Carolina Journal   ( More Entries )
Publisher's Note: This post appears here courtesy of the Carolina Journal. The author of this post is CJ Staff. 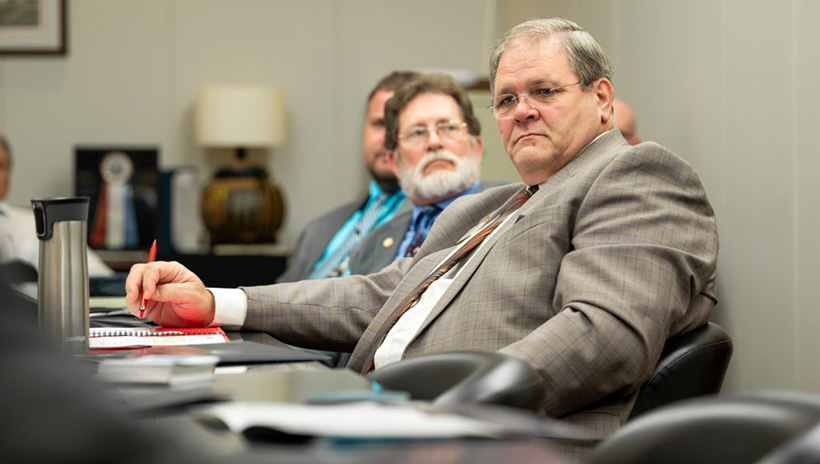 Voters in North Carolina could decide next year to limit the governor's emergency powers, under a proposed constitutional amendment filed Wednesday, April 14, in the N.C. House.

House Bill 564 is one of three measures Rep. Keith Kidwell, R-Beaufort, has sponsored or co-sponsored this week with ties to COVID-19 restrictions. A second bill would prohibit mandatory vaccinations. A third would block business franchisors from exceeding government mandates for personal protective equipment.

The 2022 general election would feature a statewide vote on the governor's emergency authority, under the terms of H.B. 564. Kidwell is listed as the measure's lead sponsor. His primary co-sponsors are Reps. Bobby Hanig, R-Currituck; Mark Brody, R-Union; and Jeffrey McNeely, R-Iredell.

If approved, the amendment would expand Article III, Section 5 of the state constitution. New language would spell out rules limiting the duration of the governor's executive orders.

If voters approve the changes, they would take effect in January 2023.

Kidwell, Hanig, and Rep. Ben Moss, R-Richmond, have filed House Bill 572. It would block companies with franchises in North Carolina from requiring franchisees and their employees to use PPE "that exceeds" the equipment required by law during a state emergency.

Both of these bills arrived one day after House Bill 558, for which Kidwell is listed as the No. 2 sponsor behind Rep. Larry Pittman, R-Cabarrus.

All three bills should be assigned to House committees this week.
Go Back