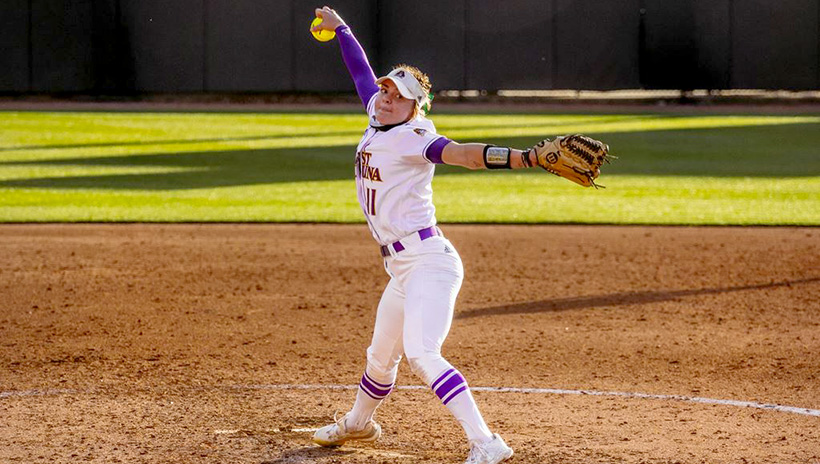 Makenna Matthijs went 3-for-4 with two runs scored and two RBI for the homestanding UNCG side while Rachel McCollum and Chandley Garner each recorded two hits and drove in two runs for ECU.

The Spartans struck first in the bottom of the first. Matthijs worked a full count before launching her ninth home run of the season over the wall in center to put UNCG on top, 1-0. The Pirates attempted to answer in the top of the second when Garner doubled down the right field line, but she would only reach third as a grounder to third terminated the half inning.

Matthijs extended the Spartan advantage to 2-0 with a two-out RBI double in the bottom of the second. An error later loaded the bases with two outs, but Estes made a nice grab in right field to keep UNCG from adding to the lead.

ECU broke through in the top of the third with a four spot to claim the upper hand. Sophie Wools reached on an error to lead things off before Faith Jarvis drew a walk. Inae was then hit by a pitch to load the bases with one out. McCollum came through in the clutch, dropping a 3-2 offering into left field to score two and tie the game. Garner followed with a double to the right center gap that plated a pair and afforded the Pirates a 4-2 lead.

In its next at bat, East Carolina put a pair of runners into scoring position in an attempt to build on its two-run cushion, but a double play kept the Pirates from doing any damage.

The Spartans rallied with two outs in the bottom of the sixth. Jordan Gontram led off the frame with a single up the middle before Matthijs extended the inning with a two-out single. Delaney Cumbie then lined a double down the left field line to score both UNCG runners at tie the contest at four.

UNCG eventually secured the victory in the bottom of the eighth, taking advantage of a pair of walks and a Gontram single to load the bases with one out. Cumbie popped up to short for the second out, but Samantha Lagrama shot an RBI single through the left side on a 0-1 pitch to plate the winning tally.