House Backs Bill to End Twice-a-Year Time Changes | Beaufort County Now | The N.C. House has approved a measure that could pave the way for ending the state’s twice-a-year ritual of setting clocks forward and back.

Published: Tuesday, April 27th, 2021 @ 8:17 am
By: Carolina Journal   ( More Entries )
Publisher's Note: This post appears here courtesy of the Carolina Journal. The author of this post is CJ Staff. 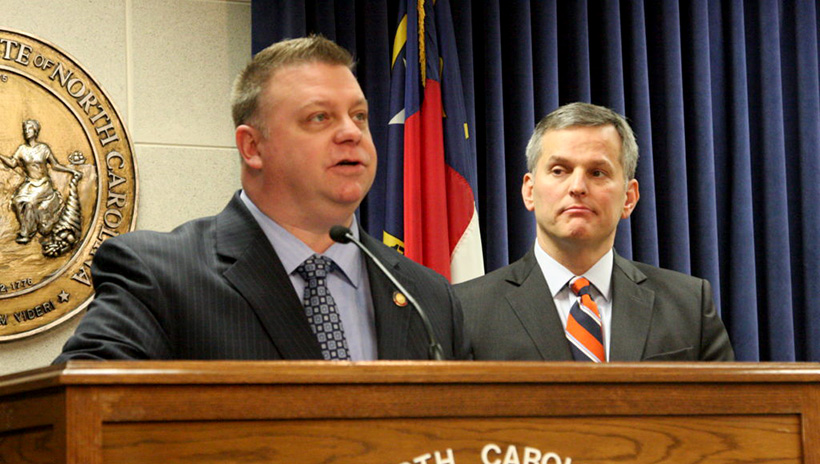 The N.C. House has approved a measure that could pave the way for ending the state's twice-a-year ritual of setting clocks forward and back.

After less than five minutes of discussion, House members voted 99-16 to approve House Bill 307. It could lead to the end of spring and fall time changes within the state.

"It simply asks Congress to pick a time — in this bill, it's daylight-saving time — and use that as our standard time so that we don't go forward or backward twice a year," Saine explained to colleagues. "As I've told folks in committee, this is probably the most popular bill we've ever run through this body."

Saine recounted a morning phone conversation with an employee in Lincolton. He had promoted the time-change bill in a local interview. "She said, 'By the way, boss, we've got a lady named Jane up in Boone who said she just heard you on the radio. And she loves you.'"

"We have seen on Twitter and Facebook social media, phone calls to our office ... just so many folks across this state going, 'We really need this,'" Saine added. "Their internal clock is messed up. If you're like me, it takes you about anywhere from two weeks to a month to adjust."

The idea for legislative action started for Saine during a conversation several years ago with lawmakers representing other Southeastern states. "This is one of the issues we talked about that maybe we could work on together," he said. "South Carolina, Florida ... I believe that Georgia has passed this already. I know that Tennessee has as well."

If H.B. 307 becomes law, the permanent time change still would require federal action. "It's simply asking Congress to act," Saine said. "I realize that may be a tall order, but you do have to start somewhere. Some of our U.S. senators have acknowledged in the press that they are willing to support such a move."

Saine acknowledged one criticism of the proposal: School buses could be picking up children in darkness during part of the year. "It's certainly a concern," he said. "It's not something we want to make light of. But it is something that I think we can adjust to as well."

None of the bill's opponents offered a critique on the House floor, but the measure sparked a couple of lighthearted quips.

"I don't get the reason behind switching to daylight-saving time," said Rep. Matthew Winslow, R-Franklin. "I guess I'm still in the dark."

"The following members have designated me to shed a little daylight on how they would vote," said House Majority Leader John Bell, R-Wayne, before casting five proxy votes in favor of the measure.

House Bill 307 now heads to the Senate, where a similar measure died in 2019.
Go Back