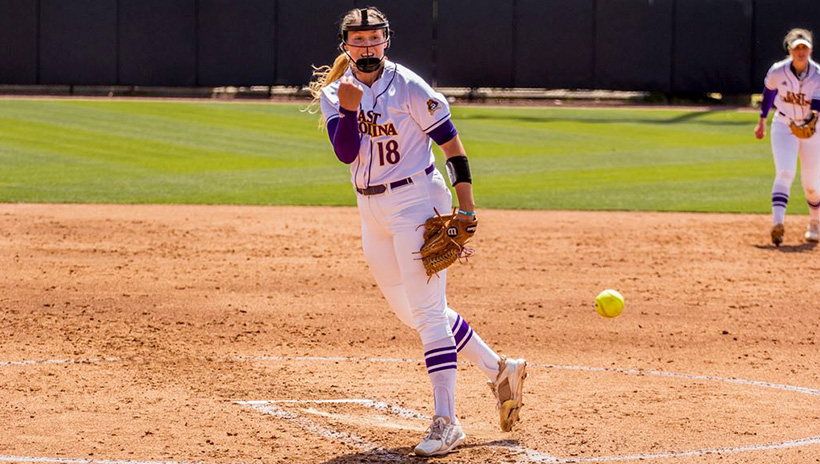 GREENVILLE, N.C.     Tulsa scored two unearned runs in the top of the sixth inning Sunday afternoon on the way to a 3-2 victory over East Carolina in the finale of an American Athletic Conference series at Max R. Joyner Family Stadium.

Logyn Estes paced ECU with a triple and two RBI while Kylie Norwood scored two runs and accounted for one of Tulsa's three hits.

Norwood began the contest with a double to left center before scoring on an RBI single by Hayley Morgan. East Carolina responded with two outs in the home half of the inning. Rachel McCollum and Chandley Garner singled consecutively before Estes lined a pitch over the Golden Hurricane right fielder's outstretched glove for a triple, scoring both runners and putting the Pirates on top, 2-1.

Delce held ECU scoreless the remainder of the way and Tulsa struck for the winning runs in the top of the sixth. A walk, hit batter and error loaded the bases before a wild pitch and sacrifice fly gave the visitors a 3-2 lead they would not relinquish.

Up Next: The Pirates play their final road series of the regular season next weekend at South Florida.
Go Back