UCF Draws Series Split at No. 9 ECU | Beaufort County Now | Jack Sinclair scattered one run over seven innings and struck out seven and Tom Josten drove in three runs lifting UCF to a 6-1 win over No. 9 East Carolina Sunday afternoon 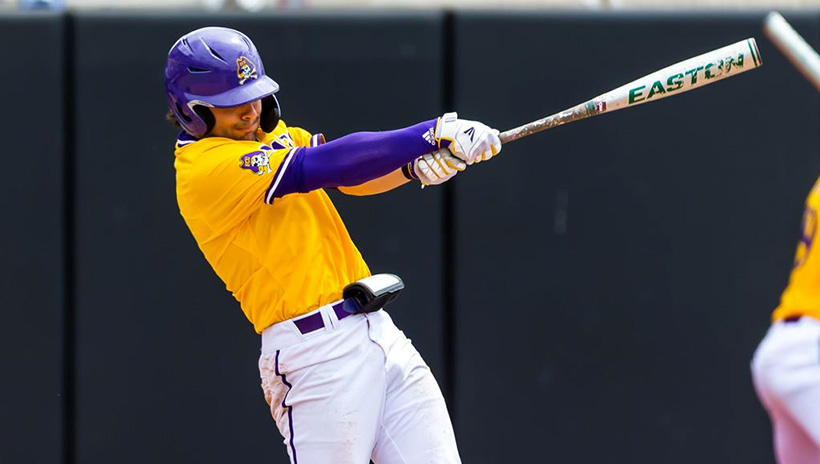 GREENVILLE, N.C.     Jack Sinclair scattered one run over seven innings and struck out seven and Tom Josten drove in three runs lifting UCF to a 6-1 win over No. 9 East Carolina Sunday afternoon at Lewis Field inside Clark-LeClair Stadium in American Athletic Conference action. With the win the Knights improve to 19-21 on the season and 9-7 in league action, while the Pirates fall to 28-7 and 10-2.

Leading 1-0 after two innings, UCF pushed across four runs on a pair of hits extending its lead to 5-0. Josh Crouch and Ben McCabe drew consecutive walks to start the frame and Gephry Pena loaded the bases when he was hit by a Tyler Smith pitch. Alex Freeland singled home Crouch and two batters later, Josten laced a bases clearing double to left center.

Sinclair (2-4) earned the win allowing just the one run (earned) on four hits with a pair of walks in his seven strong innings. The right-hander had at least one punch out in five of seven frames with multiple coming in the fourth and fifth stanzas. David Litchfield gave up three hits with a walk and struck out one in two innings of relief work.

ECU finally got on the board in the fifth inning when Zach Agnos led off with a solo blast to left field pulling the Pirates within four, 5-1.

Pablo Ruiz capped the scoring at 6-1 with an RBI single up the middle in the ninth that scored Freeland from third base.

Agnos (2-for-4, RBI) and Thomas Francisco (2-for-4) led the Pirates offensively with a pair of hits. Ryder Giles, Lane Hoover and Ben Newton also added base hits in the contest. Connor Norby (walk) and Francisco (single) extended their on-base streaks to 42 and 38 games on the afternoon, which dates to the 2020 season.

ECU returns to action on Friday, April 30 when it travels to Wichita State for a four-game series. First pitch of the doubleheader is slated for 2 p.m. (ET) and will be streamed on ESPN+.
Go Back