Published: Sunday, May 9th, 2021 @ 10:45 pm
By: Carolina Journal   ( More Entries )
Publisher's Note: This post appears here courtesy of the Carolina Journal. The author of this post is David N. Bass. 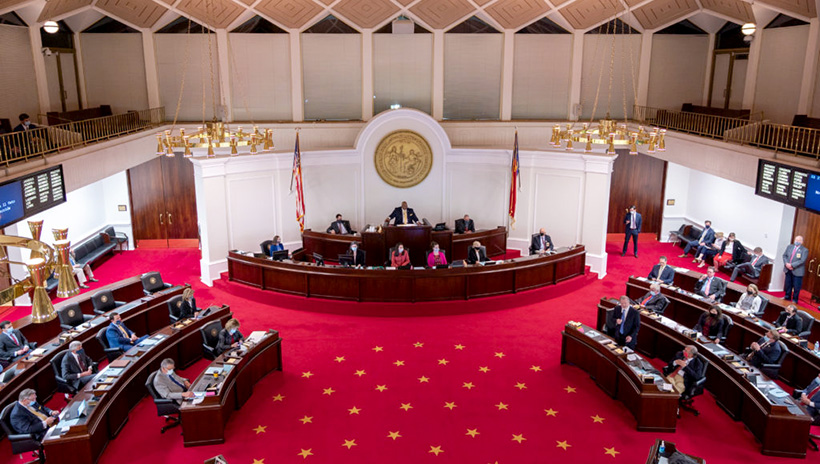 The N.C. Senate has passed its own version of a school-choice expansion bill that would open the state's three choice programs to even more low- and middle-income households and families of students with special needs.

Senate Bill 671 passed largely along party lines in a 29-20 vote on Tuesday, May 4. Sen. Kirk deViere from Cumberland County was the lone Democrat to vote in favor of the bill. Cumberland County has the largest number of students on Opportunity Scholarships in the state, followed by Mecklenburg and Wake counties.

"School choice shouldn't be a privilege reserved only for the wealthy," said Sen. Amy Galey, R-Alamance, one of the bill's primary sponsors. "All children, regardless of their financial circumstances, deserve the opportunity to attend the school that's best for them. The same activists who supported school closures and claim to care about 'equity' turn their backs on families searching for the school setting where their child would thrive. They oppose giving lower-income families the same access to educational choice that others enjoy."

S.B. 671 increases the value of the Opportunity Scholarship Program from up to $4,200 in tuition support for private schools annually to around $5,800. It would also open the scholarship to more families by raising the income threshold needed to quality.

In addition to expanding the Opportunity Scholarship Program, S.B. 671 would combine the Children with Disabilities Grant Program and Education Savings Account into one program to ensure adequate funding and reduce wait lists. Both of those programs are designed to help students with special needs access a better learning environment.

Sen. Natasha Marcus, D-Mecklenburg, spoke against the bill during debate on the Senate floor. "Public money definitely should not go to private schools that discriminate based on disability, religion, sexuality, gender identity, and more. And yet that's what this bill is doing and it's wrong," said Marcus, referring to an ongoing lawsuit filed by the N.C. Association of Educators, the state arm of the national teacher's union.

"Many of the advantages listed in this bill can be done adequately and taken care of adequately in our public schools," said Sen. Joyce Waddell, D-Mecklenburg.

Sen. Mike Lee, a Republican from New Hanover County, countered that education dollars should go to students, not institutions.

"I've heard it said that we're siphoning money from the public schools," said Lee. "I think money should go to children for their education. The parents should be the ones to determine what is in the best interests of their children."
Go Back