The FBI’s mafia-style justice: To fight crime, the FBI sponsors 15 crimes a day 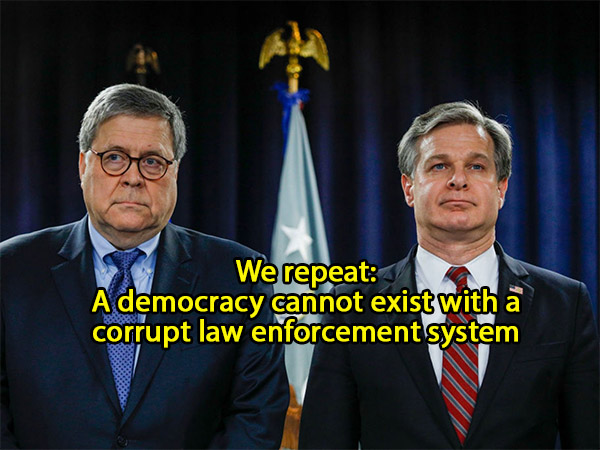 "Almost every tyranny being perpetrated by the U.S. government against the citizenry—purportedly to keep us safe and the nation secure—has come about as a result of some threat manufactured in one way or another by our own government.

In almost every instance, the U.S. government (often spearheaded by the FBI) has in its typical Machiavellian fashion sown the seeds of terror domestically and internationally in order to expand its own totalitarian powers.

We’re not dealing with a government that exists to serve its people, protect their liberties and ensure their happiness. Rather, these are the diabolical machinations of a make-works program carried out on an epic scale whose only purpose is to keep the powers-that-be permanently (and profitably) employed.

Case in point: the FBI.

This is not an agency that appears to understand, let alone respect, the limits of the Constitution.
USA Today estimates that agents have authorized criminals to engage in as many as 15 crimes a day (5600 crimes a year). Some of these informants are getting paid astronomical sums: one particularly unsavory fellow, later arrested for attempting to run over a police officer, was actually paid $85,000 for his help laying the trap for an entrapment scheme."
Full article
Go Back