Patriots are winning the War Against Guns

Thomas Lifson, writing at the American Thinker documents a simple fact:  In the war against guns, the Second Amendment advocates are winning.  He writes:

Don Surber posted an amazing pair of maps yesterday, showing the way that federalism is working to enable citizens to defend themselves with firearms.  While the federal Constitution guarantees the right to bear arms, states regulate firearms licensing, and in the past 35 years, a landslide of states has recognized the right to carry a firearm.  Check out the night and day contrast between 1986 and 2021: 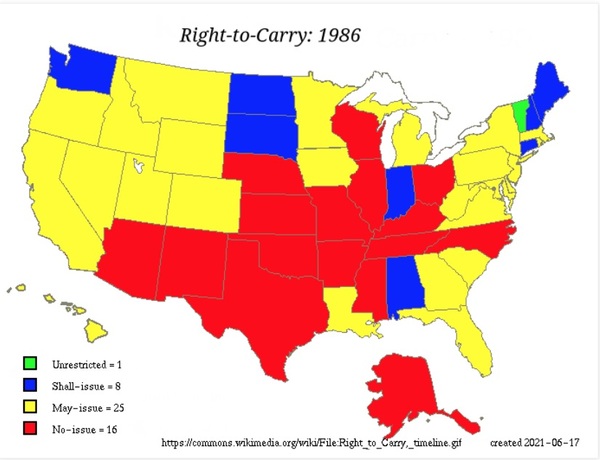 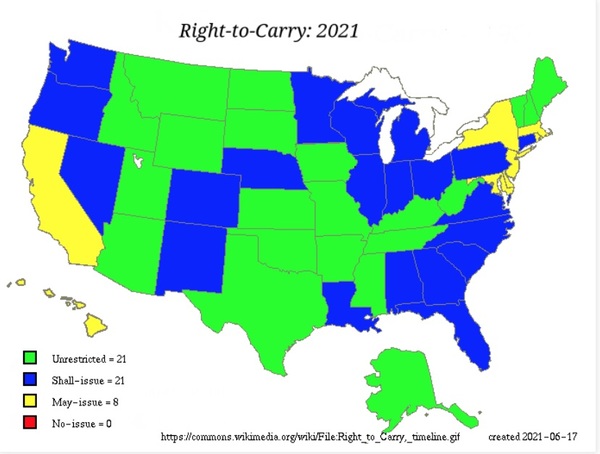 In fact, the creator of these maps, Jeff Doge, made a gif showing the year-by-year progression of the right to carry a firearm:  See .gif animated maps at the top.

Without firing a shot (except at the firing range), Americans have won a revolution -- state by state.

This is correct.  The "no issue" red states have gone from predominant to zero.  The "may issue" states, where the right to carry (i.e., bear) arms can be infringed, are now confined to the coastal progressive enclaves of the Northeast (except the far NE) and California and Hawaii.  They are small islands of repression in a sea of liberty.