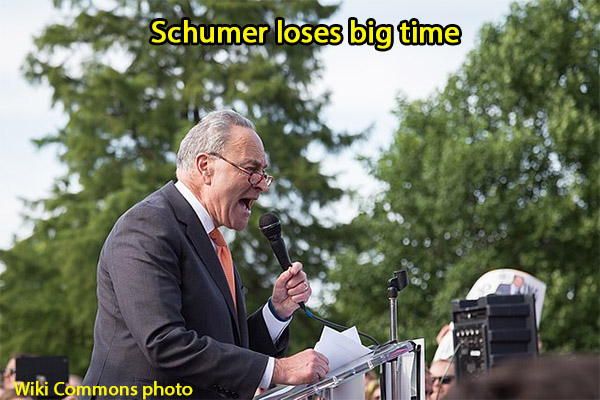 The Washington Examiner is reporting:

President Joe Biden will push states to make it easier to vote after congressional Democrats' sweeping electoral reform bill failed in the Senate.

White House press secretary Jen Psaki previewed Biden's next steps to promote ballot box access after he was criticized by liberal Democrats for not speaking more forcefully about the issue.

"What you should expect to hear from him is that there are many ways to work across the country with activists, with states, with legislators, using every lever at our disposal to expand access, improve access to voting for people," Psaki said Wednesday.

Biden has repeatedly emphasized the importance of voting in remarks and interviews, including the speech he delivered in Tulsa, Oklahoma, this month, Psaki said. Biden believes voting is a "fundamental right," she added.

After S. 1, the Senate version of H.R. 1 or the "For the People Act," failed to attract 60 votes to trigger a debate on Tuesday, Biden issued a statement promising to "have more to say on this next week."

"Unfortunately, a Democratic stand to protect our democracy met a solid Republican wall of opposition," he wrote. "It was the suppression of a bill to end voter suppression — another attack on voting rights that is sadly not unprecedented."

"This fight is far from over," the president added. "I’ve been engaged in this work my whole career, and we are going to be ramping up our efforts to overcome again — for the people, for our very democracy."

Democrats, such as Indivisible founder Ezra Levin, slammed Biden this week for not advocating harder for S.1.

“Where is the president? Is saving democracy a priority for this administration or not? I don’t want to see some tepid public statement. We need to see the President and VP using the full force of their bully pulpit to lead," Levin tweeted, referring to Vice President Kamala Harris.

CLICK HERE TO READ MORE FROM THE WASHINGTON EXAMINER

While no Republican endorsed S.1, Democrats did convince sole holdout West Virginia Sen. Joe Manchin to back the measure.