Nationalfile.com is reporting the following

"Democrat President Joe Biden raised eyebrows this week after photographs revealed that he knelt before the Israeli President Reuven Rivlin and his chief-of-staff, “ultra-Orthodox” Rabbi Rebecca Ravitz. According to Israeli media, Biden then offered his “unquestionable commitment to Israel’s self-defense,” and promised that his commitment to Israel is “known and engraved in the rock.” 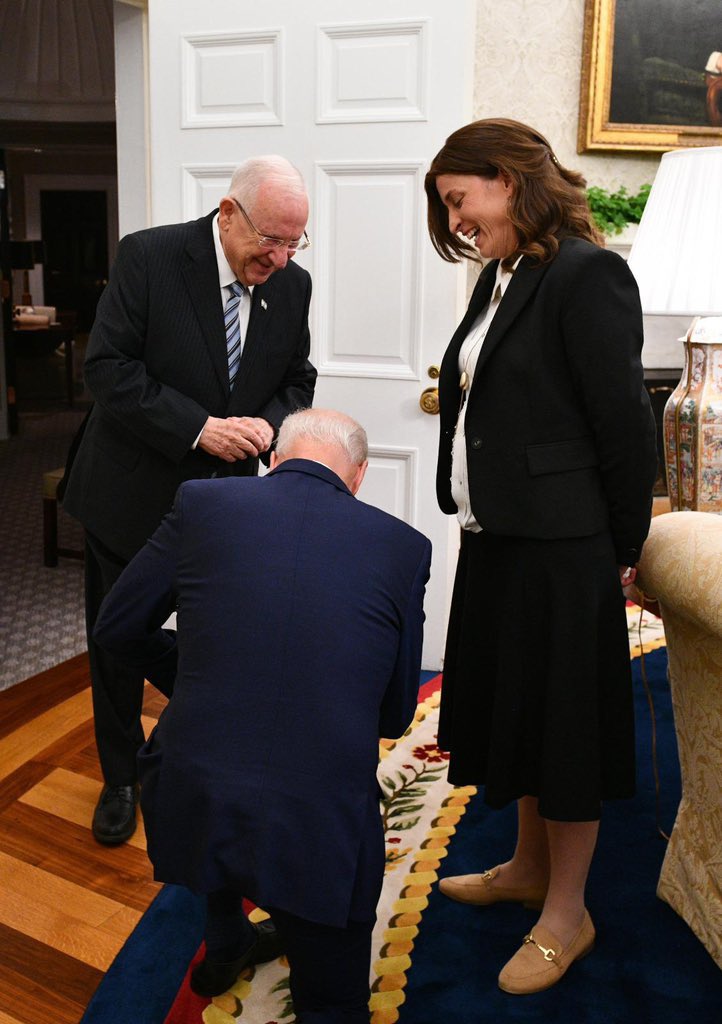