Published: Tuesday, July 20th, 2021 @ 6:01 am
By: Carolina Journal   ( More Entries )
Publisher's Note: This post appears here courtesy of the Carolina Journal. The author of this post is Donna King. 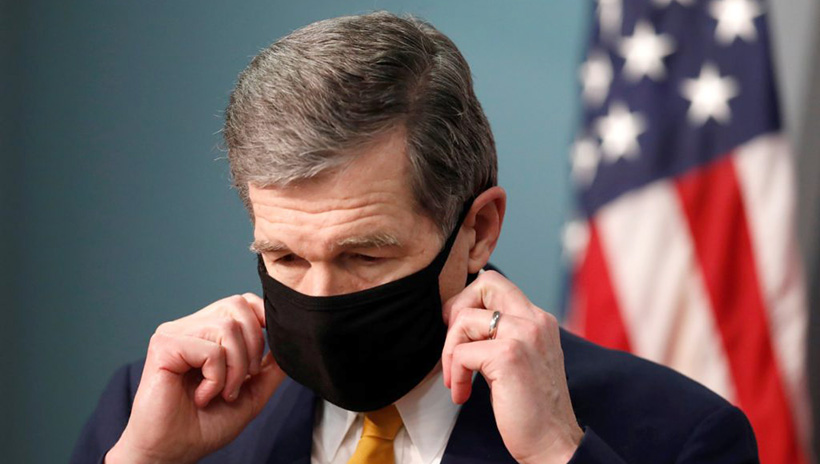 Gov. Roy Cooper has vetoed more legislation than all other North Carolina governors combined. With the past three vetoes stamped over the past three weeks, Cooper's total comes to 57 vetoes, and the session isn't over.

The next closest was Democrat Gov. Bev Perdue, with 20 vetoes during her tenure from 2009 to 2013. Her predecessor, Mike Easley, vetoed nine bills from 2001 to 2009. Republican Gov. Pat McCrory vetoed six bills from 2013 to 2017; Democrat Jim Hunt didn't use the veto stamp after voters granted him that power during his second term.

With his veto count headed toward 60, the likelihood Cooper will veto any legislation that doesn't fall within his political spectrum has changed the lawmaking and political strategy for elected officials on both sides of the aisle.

"Thanks to the veto power and the lack of a supermajority, no policy has any chance of passing unless it has strong bipartisan support," said Chris Cooper, professor of political science at Western Carolina University, and no relation to the governor.

"In practice, that means that Republicans must propose and pass policies that are palatable to the governor. Otherwise, they stand no chance of becoming law. ... Democrats can rest assured that no matter what happens on the floor of the [General Assembly], most Republican bills will not become law."

In 1996, North Carolina became the last state to grant the governor veto power. It was approved by voters as an amendment on the November 1995 ballot. Traditionally, the governor of North Carolina wasn't given much power, in the interest of a more powerful legislature, whose elected members represent people from across the state. Until 1835, the legislature even elected the governor, not the voters.

Now, with veto stamp always inked up and ready to go, Cooper has exercised political muscle that has drawn even more national attention to North Carolina.

"Cooper's frequent use of the veto has made substantive policy changes just this side of impossible," said Chris Cooper. "That has not stopped floor debate on these issues. Certainly, Republicans and Democrats alike know that if they propose and debate policy issues that rile up their respective bases, they will signal to their core constituents that they are fighting for the policy's stances. This legislative session has seen a decline in partisan laws, but not a decline in partisan rhetoric."

Legislation that would rein in some of the governor's powers, at least the emergency powers, is included in the Senate budget proposal. The core language comes from the Emergency Powers Accountability Act, which passed the House in April. Under the proposed change, the governor has 10 days from issuing an emergency executive order to get the concurrence of the majority of the Council of State, without which it would automatically expire. If the Council of State does approve an emergency declaration, it may continue for a maximum of 45 days. Any emergency declaration extending beyond 45 days would require approval from majorities in the General Assembly. North Carolina is one of 15 states that do not place a time limit on gubernatorial emergency orders.

The Council of State consists of 10 executive offices established by the state constitution.

"One year ago, most people did not believe that the governor had the power to shut down an entire state," said Rep. Destin Hall, R-Caldwell, the House Rules chairman, in a news conference announcing the bill. "Most at least assumed there were some checks and balances. Such consequential decisions should be made in a deliberative process with other elected officials. North Carolinians deserve the confidence that the unprecedented restrictions placed on their families and businesses are the result of bipartisan consensus, not the absolute power of one man."

Governor Cooper sought the consent of the Council of State in the initial emergency order but did not for the extensions that drew out the shutdowns for more than a year. Regardless of legislative support for House Bill 264, the bill to rein in emergency powers, it would still require gubernatorial approval to escape a veto.

"The North Carolina governor has few institutional powers," said Chris Cooper. "Whether you love or hate his policies, anyone following North Carolina politics has to admit that Cooper is running a master class in using what little power he has in pursuit of his policy goals."
Go Back