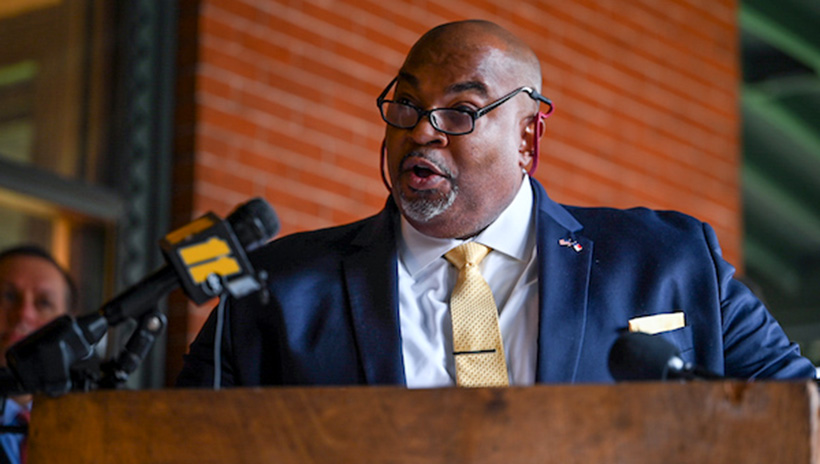 Lt. Gov. Mark Robinson is backing a national group's fight against "anti-American indoctrination," including critical race theory, in public school classrooms. The group 1776 Action released a video this week with Robinson explaining his support for the campaign.

Robinson tells the story of his family's response to early struggles. He emphasizes his mother's success in raising a family after his alcoholic father died.

"The reason why is because she had an overwhelming faith in God and she knew that she lived in the greatest nation on earth — and that all opportunities were open to her and to her children, and she told us so," Robinson says in an address directly to the video's audience. "Because of that, because she passed those things down to us, I'm now living my dream."

"That's why ending indoctrination in schools is such a passion of mine," he said. "We have got to ensure that things like critical race theory are not creeping in and causing our children to hate the nation that they live in."

1776 Action routes viewers to a webpage tied to Robinson's name. It asks people to sign a "citizen pledge."

Underneath a photo of Robinson, the page says:


"Therefore, I pledge to help replace elected officials, school board members, education commissioners, principals, deans, and university presidents who promote a false, divisive, and radical view of America and our fellow citizens with new leaders who respect our history, our values, our rights, and the God-given dignity of every person," the page adds before seeking signatures.

At the state level, Robinson has instituted the Fairness and Accountability in the Classroom for Teachers and Students, or FACTS, task force. The group formed in March gives parents a forum for sharing concerns about indoctrination in N.C. schools.
Go Back