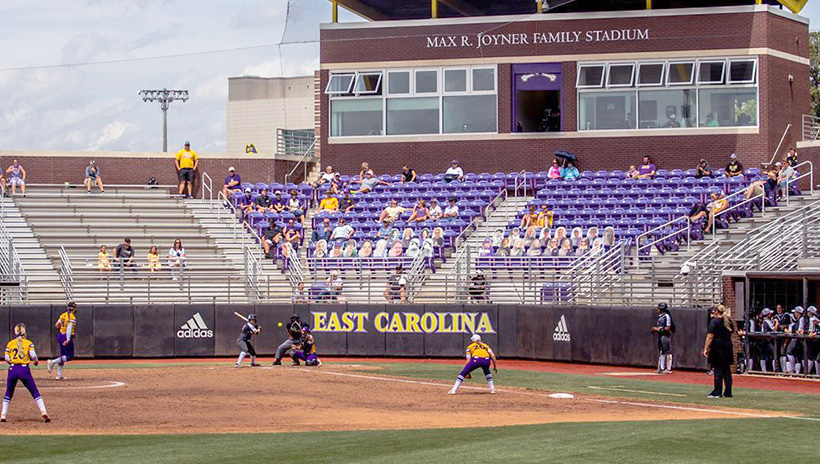 GREENVILLE, N.C.     Transfer pitchers Addy Bullis and Madisyn Davis have completed grant in aid agreement to attend East Carolina University and compete for the Pirate softball program beginning in the fall of 2021, according to an annoucement by head coach Shane Winkler Wednesday.

"I'm excited about the addition of Madisyn and Addy to our pitching staff," Winkler said. "To be able to bring in two pitchers that give opposing offenses two completely different looks is going to be huge. I'm looking forward to watching them grow under Coach Q this year."


Winkler on Bullis: "We got to know Addy really well in the A-10 last year when she led Dayton to a championship game appearance. She's a highly competitive southpaw that adds much needed experience to our staff. She has so many ways to get hitters out and I'm looking forward to the success she will have in the American Athletic Conference."


Winkler on Davis: "Madisyn has two years of experience in the AAC and that's going to be extremely valuable for our pitching staff. Her mental approach to the game is going to rub off on all of her teammates and make us all better. She has the ability to really spin it and change speeds. She'll make an immediate impact for our program."
Go Back