We are in a war between Judeo-Christian values and Marxism 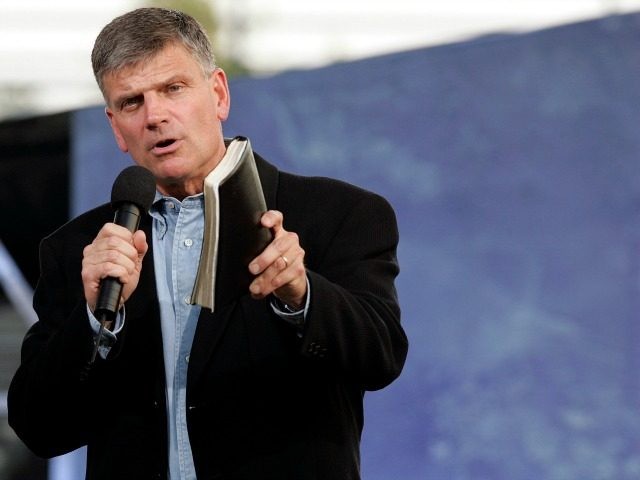 Rev. Franklin Graham on Thursday praised Sen. Marsha Blackburn (R-TN) for remarks she made during an exclusive interview with Breitbart News, where she framed the culture war in the United States as a fight between Judeo-Christian values and Marxism. That, Graham said, is “absolutely right.”

“US Senator Marsha Blackburn said that this isn’t just a culture war—it’s a war between Judeo-Christian values and Marxism, which the Democratic party is pushing,” he began. “She is absolutely right.”

“I applaud her for calling it what it is and for working to preserve, as she put it, ‘our American values of faith, family, freedom.’ May God bless her!” he exclaimed.

“It is so important that we pray for our leaders. And let Senator Blackburn know you appreciate her stand in the comments below,” he added:

Graham referenced Breitbart News’s exclusive, 65-minute sit-down interview with the senator, which took place in Franklin, Tennessee, this month. During the comprehensive interview, Blackburn urged her GOP colleagues across the nation to join her in fighting the culture war against radical leftists and their continual effort to spread their influence across key institutions.

“The way I look at this culture war is you’ve got the left and those that are pushing towards Marxism,” Blackburn told Breitbart News Washington Political Editor Matthew Boyle, framing the dynamics of the culture war. “They are lined up on one side. You have those that are more constitutionalists and traditionalists who want to preserve our American values of faith, family, freedom—preserve free markets—they are on the other side.”

Blackburn personally attributed her political grounding as being rooted in faith and family.

“Faith is very important to me, that Judeo-Christian ethic is very important. If we stepped into the den to where my piano is you would see the Baptist hymnal that is there,” she said during the interview at her home just outside of Nashville. “I played for my church growing up. I still have that. And it reads into your life—it kind of becomes your centering, those values that you realize that you are not one unto yourself but you are part of a community.”

“You are part of a country. Then you have your natural rights that come to you from God and our Constitution, our Bill of Rights, it is there to protect those rights that are yours,” she added.

Blackburn has recently made headlines for standing as one of the key GOP senators sounding the alarm on Dr. Anthony Fauci, calling for his firing, while demanding answers on the Biden administration working with Big Tech to censor Americans.