Pirates Host UNCW for Exhibition | Beaufort County Now | After a shutout win in the opening exhibition, the East Carolina soccer team will look to keep the preseason momentum rolling as the Pirates host UNCW for a Saturday exhibition. 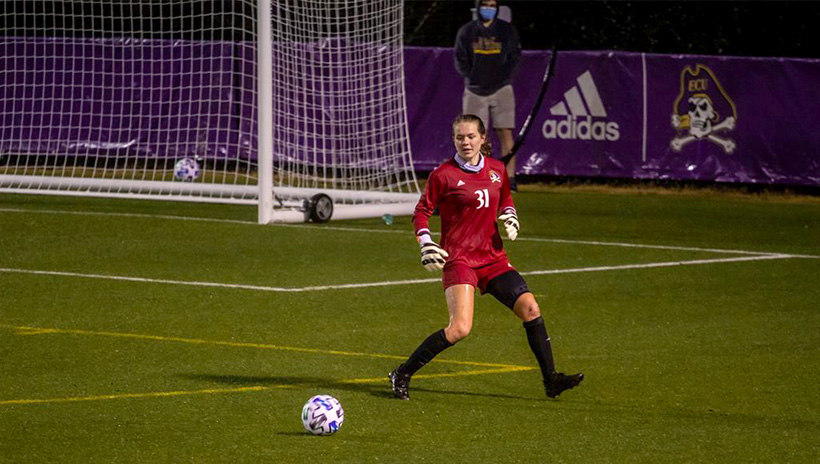 GREENVILLE, N.C. — After a shutout win in the opening exhibition, the East Carolina soccer team will look to keep the preseason momentum rolling as the Pirates host UNCW for a Saturday exhibition.

"We have said it well before the season started how excited we are for the group that we have," said Head Soccer Coach Jason Hamilton. "The performance they had earlier this week just reinforced those thoughts. Having another opportunity to play a quality opponent and have a few different looks at personnel and systems will help us going into next week when the regular season begins."

ECU got the preseason started with a 2-0 win at Longwood on Tuesday afternoon. In her first appearance as a Pirate, Haley McWhirter showed her goalscoring prowess. The freshman midfielder opened the scoring for ECU in the 19th minute and added a second goal in the 51st minute. Fellow freshman Holly Schlagel as well as Sierra Lowery contributed assists on the second goal.

The Pirates also showed off their depth as 26 players entered the game for East Carolina. Catherine Holbrook, Grace Doran, Maycie McDougal, Taylor Kibble and Peyton Godbey all took one shot off the bench for ECU while Meaghan Haley and Maggie Leland combined to play the final 40:26 in the goal and preserve the shutout for the Pirates.

UNCW finished the 2020 campaign with a 7-3 overall record and a 4-0 CAA mark, falling to Elon in the CAA Championship. The Seahawks will also be playing their second exhibition of the fall, having lost to North Carolina 3-1 earlier this week. The Seahawks return 16 players from the 2020-21 season, including Blair Barefoot, Morgan Nanni, Talia Parrous and Audrey Harding who earned spots on the All-Colonial Athletic Association teams. Harding and Nanni led the team in scoring a year ago, with Harding finishing with five goals and four assists while Nanni scored six goals and added an assist. But it was rookie Kayla Borroughs who scored the Seahawks' only goal in the exhibition match at North Carolina.

"UNCW will be returning a lot of very good players and they are a team that had a great spring so we look forward to a good challenge and having an opportunity to be at Johnson Stadium," Hamilton added.

ECU has a 14-7-2 edge in the all-time series against UNCW, but the two schools have not met since 2017, with scheduled matches in 2018 and 2019 being cancelled due to weather. In that 2017 meeting, Kim Sanford scored and added an assist in a 3-0 ECU victory. ECU has dominated the series in Greenville, going 10-3-0 at home against the Seahawks.

Kickoff is scheduled for 12 noon on Saturday in Johnson Stadium. Attendance is free for all fans and those who cannot attend can follow the live stats HERE.
Go Back