The Day After: Sam Darnold getting MRI on shoulder | Beaufort County Now | The Panthers are waiting for the word on medical tests before they know or say their next steps at quarterback.

The Day After: Sam Darnold getting MRI on shoulder

Login to Send a Private Message to Stan Deatherage
Publisher's Note: This post appears here courtesy of Fan Nation. The author of this post is Darin Gantt. 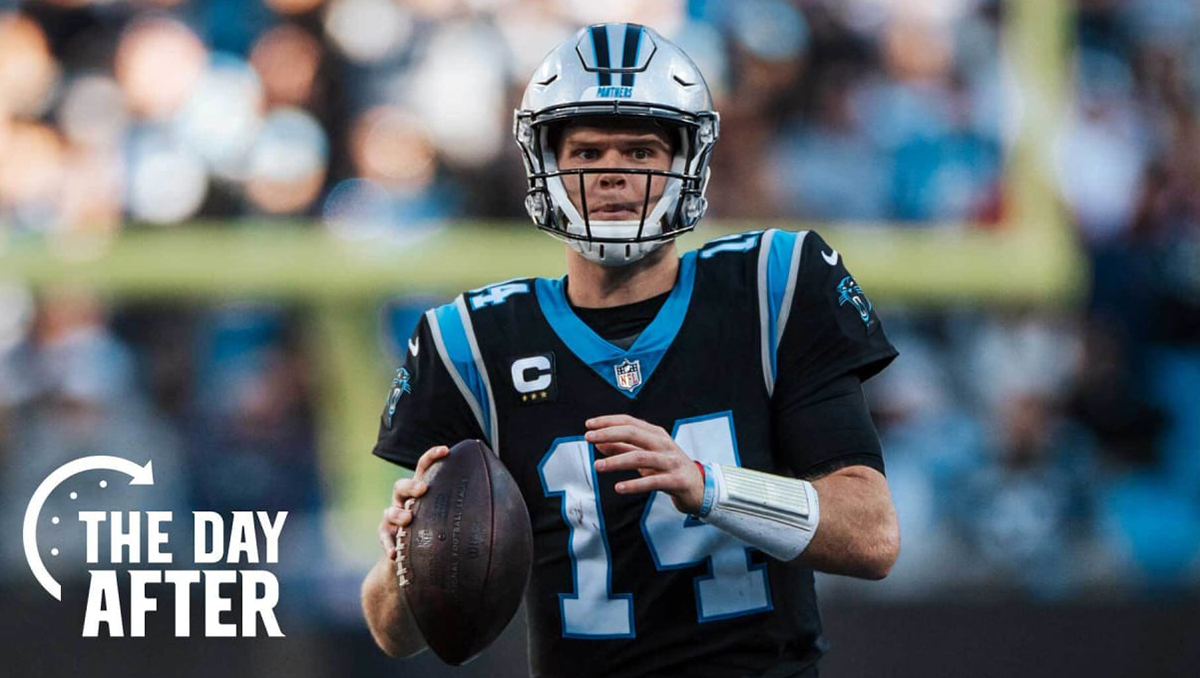 CHARLOTTE     The Panthers are waiting for the word on medical tests before they know or say their next steps at quarterback.

While there were questions about starter ﻿Sam Darnold﻿'s status after Sunday's three-interception day against the Patriots, Panthers head coach Matt Rhule said he first wanted to see how Darnold was physically before making any decisions.

Darnold got an MRI on his right shoulder Monday, after coming in with soreness following yesterday's game. He had taken a hard shot on his throwing arm from Falcons linebacker Foye Oluokun the week before, and was questionable on the injury report last week (he was also in the concussion protocol).

As to the future, whether it's this week's game against the Cardinals or beyond, Rhule said he was taking things one step at a time.

"I think right now we're focused on him and his health," Rhule replied when asked if Darnold would remain the starter. "Those of us at the game, we know, and Sam would be the first to tell you, that wasn't good enough from the quarterback position. We had guys open with some opportunities we weren't able to connect on. Too many batted balls, can't happen at this level, and obviously three giveaways. When you look at our season, when we've protected the football, we've had a chance to win, and when we've given the ball away multiple times, we all know the results.

"But the play at that position has to be better. When you're the quarterback, you're depending on everybody else around you. I thought Sam played an excellent game last week against Atlanta, but yesterday was obviously not the best. He's a tough guy, he went out there and competed for his team, coming off missing some time during the week. Nothing's ever on just one guy, but the play has to be better.

"In terms of where we are moving forward and all those things, we'll always try to do whatever it takes to be great. I'm not going to get into hypotheticals and all those things. I kind of handle things one bit at a time. See where Sam's health is, and then make the best decisions after that."
Go Back