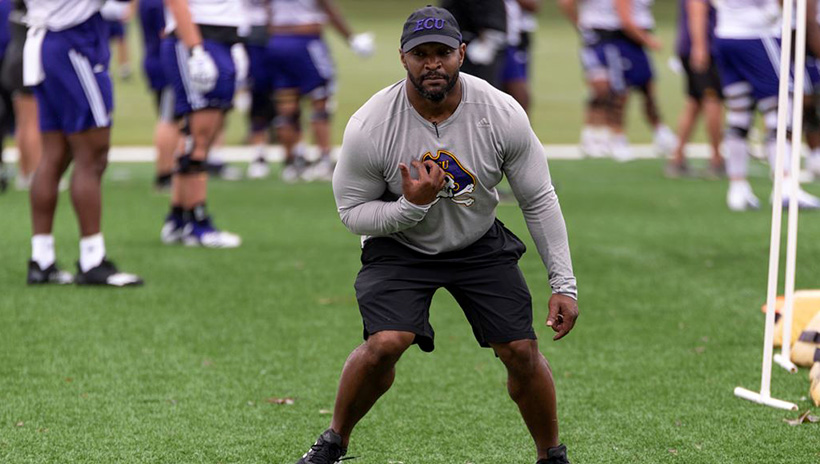 GREENVILLE, N.C.     East Carolina running backs coach Chris Foster, who was initially named to the Pirates' staff in February, has assumed duties as the program's recruiting coordinator per an announcement from head football coach Mike Houston on Friday.

Foster recently served in a similar capacity at Georgia Southern for five seasons beginning in 2016. In addition to directing the Eagles' running back corps to nationally-ranked on-field production during his tenure, he was responsible for the top-rated recruiting class in the Sun Belt Conference in 2018 according to 247Sports.com. Foster was elevated to associate head coach status a year later and was GS's nominee for the Broyles Award last fall.

His diverse recruiting network covers the nation with established relationships in states such as Alabama, Florida, Georgia, North Carolina and South Carolina, which includes comprehensive coverage of the Atlanta and Charlotte metro areas.

Prior to his tenure in Statesboro, he provided 12 years of positional leadership at Maryville (2015), Appalachian State (2012–2014) and alma mater Gardner-Webb (2004–2011). In all, Foster has mentored 12 all-conference selections, a pair of All-America honorees, a league rookie-of-the-year pick and produced five National Football League players.

The Pirates did not appoint an immediate replacement for Fontel Mines, who served in that role for two years, when he departed ECU after the 2020 campaign.
Go Back