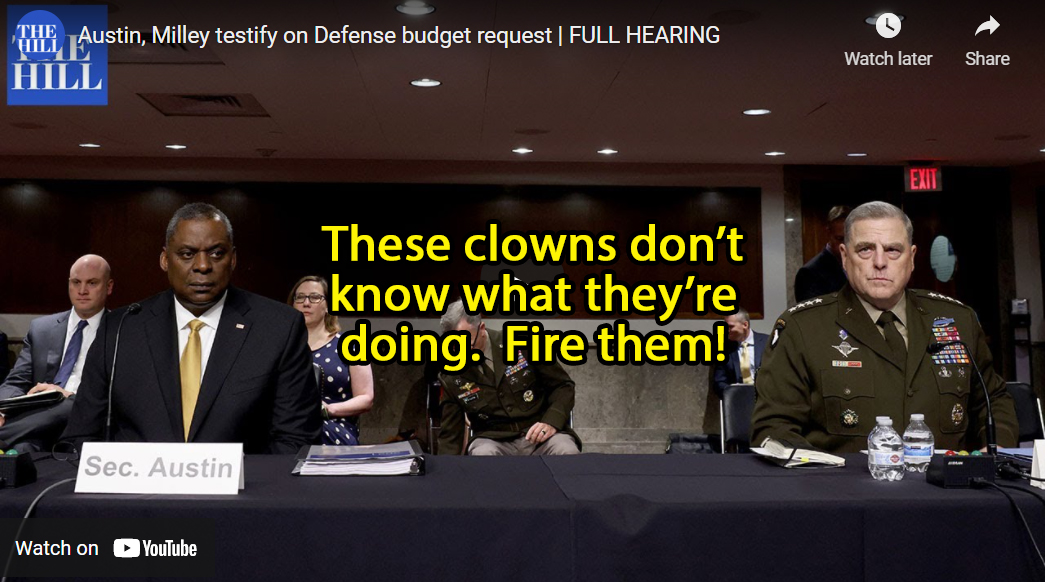 Many people have wondered how the Biden administration could get the collapse of Afghanistan so horribly wrong and botched completely the withdrawal of U.S. forces. To that point there is a little known Question and Answer session by Colorado Congressman Doug Lamborn (CO, CD05) that deserves some attention.

Approximately 7 weeks ago, June 23rd, Defense Secretary Lloyd Austin and Joint Chiefs Chairman Gen. Mark Milley testified in front of the House Armed Services Committee about their budget requests. Rep Doug Lamborn took this opportunity, he only had 4 minutes, to ask some very specific questions about Afghanistan and his concerns for early reports of the Taliban surging back into control.

Lamborn asked about the hazard of closing Bagrham AFB given the tenuous nature of reliance on one airport in Kabul. Lamborn also asked about the evacuation of U.S-Afghan allies and the risk to women and girls if the Taliban were successful. What Def Sec Austin and General Milley said in response totally explains why the White House was blind-sided by the Taliban in the past week. [WATCH Video at 01:06:56, Prompted]