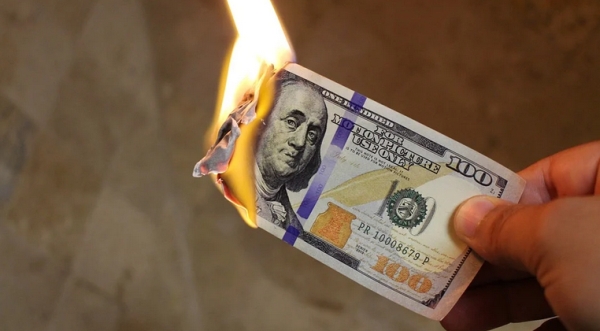 President Biden has stated on social media that his proposed $3.5 trillion in spending on various social welfare programs and green energy projects will not add a single dollar to the national debt.

And he's getting ribbed, ridiculed and ripped as "economically illiterate."

It started with a weekend statement in which he claimed, without providing evidence or details, "My Build Back Better Agenda costs zero dollars. Instead of wasting money on tax breaks, loopholes, and tax evasion for big corporations and the wealthy, we can make a once-in-a-generation investment in working America. And it adds zero dollars to the national debt."

Fox News reported that his critics, including analysts and lawmakers, called him out for his claim, and even "one supporter" called the statement false.

Republicans already are opposed to the spending – and Democrats have made plans to have a Democrats-only vote on the idea. They haven't done that so far because they still have opposition within their own party.

The GOP explains Biden wants to spend money that "ultimately provides benefits to wealthy liberal elites at the expense of working-class families."

Some simply suggested Biden and "his communications office" were liars.

Rory Cooper said, "Nobody believes creating new, massive and permanent government programs costs zero dollars especially not the Senate Democrats they need to convince to vote for it."

Another commenter said Biden's claim was an "absolute lie."

That brought up Biden's oft-repeated claim that he won't raise taxes on anyone making $400,000 a year or less, but that already has proven to be false, with his inflation hitting lower and middle income families in every week's groceries, fuel bills and more.

Rep. Mary Miller of Illinois took all of four words to debunk Biden.

She added, "I have to admit, I thought this was from a parody account when I first read it. "It was disturbing to see it was actually from our president. He thinks he can spend an unprecedented $3.5 trillion and not add a penny to the debt? This is who is in charge? Scary."

Seth Dillon pointed out, "They say the border's closed. Hunter's emails were Russian disinformation. We won't have any Americans behind in Afghanistan. Reins are whips. Trillions of dollars equals zero dollars. It's good to know 'grown-ups' are in charge now and leading the fight against misinformation."