Where does North Carolina stand on the budget? 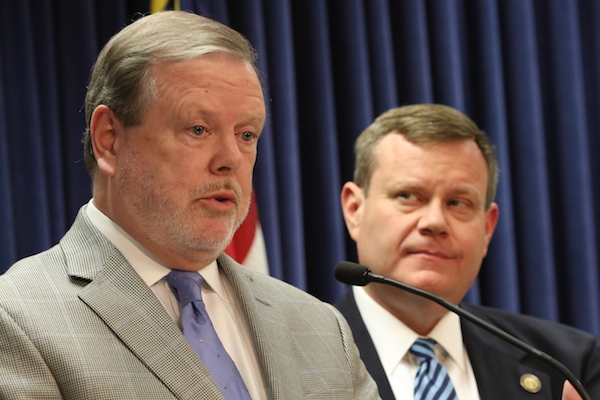 With more than three months into the new fiscal year, North Carolina still does not have a budget in place. Both the House and Senate have passed their versions but there is a new aspect of the process that hopefully Governor Roy Cooper will agree to so that a new budget will be passed by his administration.

"Normally, each chamber passes their budget and comes up with a compromise to pass on to the governor. What's different about this budget cycle is that the House and Senate passed their versions, came up with a compromise and shared it with the governor to see if there is anything he wanted to compromise or work with them on," said Becki Gray, Senior Vice President, John Locke Foundation.

Governor Cooper and the Republican-controlled General Assembly have never agreed on a budget since he took office in 2017.

"Conversations are going on with the governor's staff, Senate, and House," Gray said. "Proposals being talked about are rumor at this point but we know what the legislators priorities are. For the General Assembly, it is tax cuts, savings, investing in infrastructure and education funding. For the governor, it is Medicaid, the Leandro WestEd Report, and teacher pay increases. There is a conflict, however, between the governor and legislators about reforms to the Emergency Management Act. We are not sure, but it looks like these are the areas in which conversations may be taking place. It is what each side wants. What we are hearing is that those conversations are ongoing,"

No one should worry about parks closing or state employees going without a paycheck. In 2015, a law was passed that if the budget were not passed, it would revert to the current year's spending, avoiding a government shutdown. Legislators headed into the weekend for a break in discussions after a long week.
Go Back