The city council (or should it be politburo) of the Peoples Republic of New York City has voted to remove a statue of President Thomas Jefferson, author of the Declaration of Independence, from council chambers where it has stood for 188 years.  It is hard to tell who these NYC bolsheviks will replace it with, maybe Lenin, Mao, or Marx.

In 1861, New York City's mayor proposed that the city 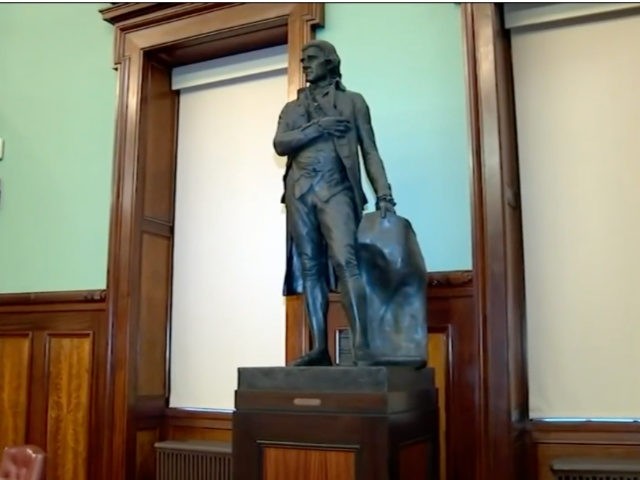 secede from both New York state and the United States.  Lets hope they decide to revive that idea.  We would be much better off without these Maoist Cultural Revolutionaries.  Don't let the door hit you on the way out, NYC.