Published: Sunday, November 21st, 2021 @ 9:35 am
By: Carolina Journal   ( More Entries )
Publisher's Note: This post appears here courtesy of the Carolina Journal. The author of this post is Theresa Opeka. 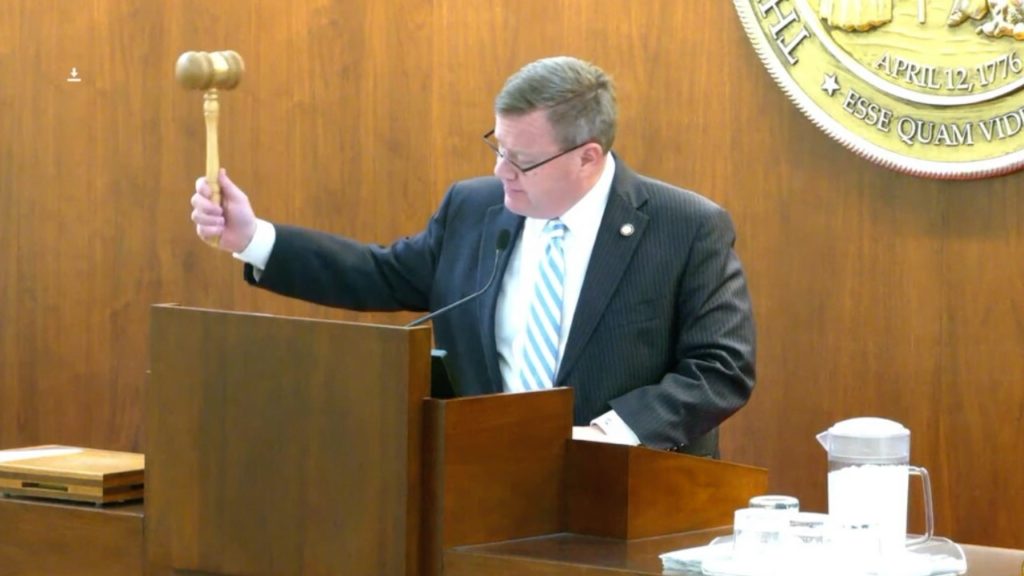 N.C. House Speaker Tim Moore, R-Cleveland, adjourned a quick session Tuesday, Oct. 26, but not before promising a busy week ahead.

House Bill 259, the Election Integrity Act, was on the agenda for discussion and possible vote, but the bill's sponsors - Reps. Keith Kidwell, R-Beaufort; Kyle Hall, R-Rockingham; and George Cleveland, R-Onslow - asked that it be removed from the calendar and returned to the Rules Committee to address several amendments.

H.B. 259 would mandate all election machines in North Carolina be made in the U.S. The bill would also require additional reporting requirements from the State Board of Elections following a post-election audit for a general election. N.C. House Freedom Caucus, headed by Kidwell, wanted to inspect voting machines in Durham County to check for an internet connection, which could make them susceptible to fraud through possible computer hacking.

Other unresolved issues include redistricting and the passage of the state budget.

"Members should be here Tuesday through Friday, there should be votes every day," Moore advised. "There are significant pieces of legislation being worked on at this time. Also, if you are part of the Rules and Redistricting Committee, plan to be here Monday through Friday. We plan to adopt the legislative and congressional maps next week."

"We will also see where we are on the budget and see if we can have some resolution on that next week. Next week will be a busy week," Moore said.

This week, public hearings have been held in the Legislative Building in Raleigh and across the state on redistricting maps from the Senate and House. Budget talks are happening behind closed doors.

Lauren Horsch, spokeswoman for Senate leader Phil Berger, R-Rockingham, confirmed the senator met with Gov. Roy Cooper, Moore, and others Friday to discuss the budget. Items being looked at include raises and bonuses for teachers and state employees, money for education, and tax cuts.
Go Back