No time: A common theme emerges at public hearing on redistricting | Beaufort County Now | Not enough time. That was a consistent theme Monday, Oct. 25, as residents shared with lawmakers their thoughts on the proposed election maps, drawn after the results of the 2020 census.

No time: A common theme emerges at public hearing on redistricting

Published: Saturday, November 20th, 2021 @ 7:53 am
By: Carolina Journal   ( More Entries )
Publisher's Note: This post appears here courtesy of the Carolina Journal. The author of this post is Theresa Opeka. 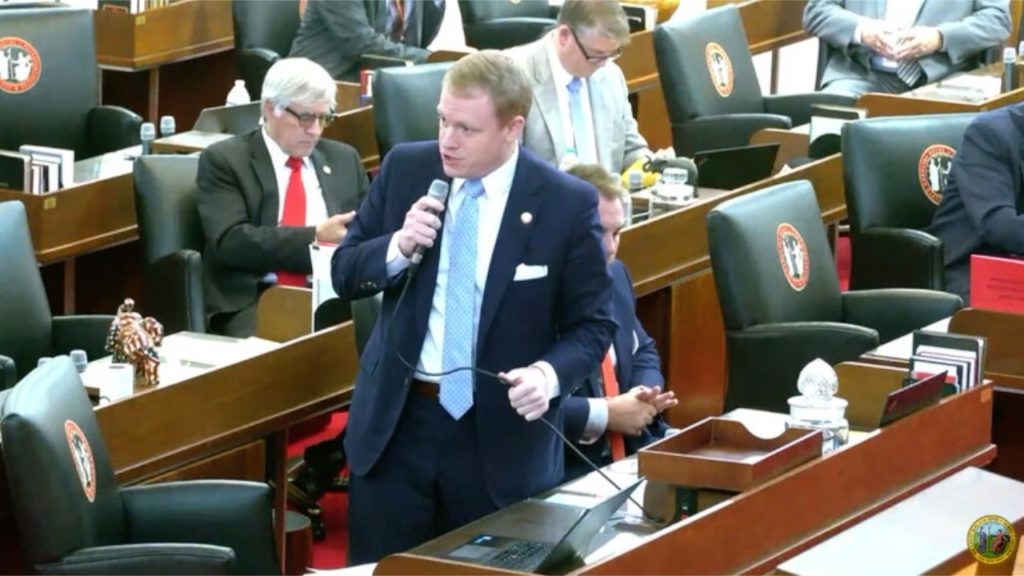 Not enough time. That was a consistent theme Monday, Oct. 25, as residents shared with lawmakers their thoughts on the proposed election maps, drawn after the results of the 2020 census.

About 30 people spoke at the hearing in Raleigh, and the general consensus revolved around the lack of time to prepare for the hearings. The proposed maps were released less than a week ago. People who spoke are concerned that the maps aren't easy to understand and that they divide several urban areas, including the Triad, Triangle, and Wilmington. Speakers argued that parts of some urban areas were grouped with more rural areas, dividing voters of race and ethnicity, as well as members of the Democrat Party.

"North Carolina is a 50-50 state (Democrat/Republican), fair maps should reflect that," Susan McClanahan of Orange County told the N.C. House Redistricting Committee in the hearing.

"If any of these maps are used, we will not have free elections in North Carolina because you have already determined the outcome. Over the last decade, David Price has won our 4th Congressional District by 67% and 74%. Orange, Durham, and part of Wake would make a new district. By joining us with Wake, you are diluting urban voices."

Kathy Wheeler of Guilford County asked that the Triad - Greensboro, Winston-Salem, and High Point - be kept together in one congressional district instead of across multiple districts. She said the Triad area communities have similar interests. Dividing dilutes Democrat votes with people in rural areas who tend to vote Republican.

Dr. Andy Jackson is director of the Civitas Center for Public Integrity at The John Locke Foundation. He told Carolina Journal he's sure the committee will use the criteria for redistricting properly, in particular, a ban on using racial data, which is especially important to ensure racial considerations don't predominate in designated districts.

"While hearings like these are an important part of the redistricting process, organizations use it in an attempt to train people to testify in public hearings," Jackson said.

"Those groups are seeking to get hearing records to bring a public record for lawsuits against any districts the general assembly passes," Jackson said. "One group, in particular, is seeking to use redistricting hearings as a tool for future litigation. The organization on the line is a wholly-owned project of the National Redistricting Action Fund, a 501c4 that functions as the advocacy and lobbying arm of Eric Holder's National Democratic Redistricting Committee."

"This is not conjecture," Jackson said. "One of the leaders of the (New North Carolina Project) publicly stated that they want to have the testimony in public records that 'they can be impactful during any future litigation.' Of course, we all have the right to form organizations that help instruct members of the General Assembly. However, this is not representative that the comments presented at these hearings are representative of the general public."

Despite criticism of the newly drawn maps, Rep. Destin Hall, R-Caldwell, who chairs the redistricting committee, believes the process is fair. "It's why lawmakers are holding the hearings," he said.

"We want to hear from the community," Hall said. "We want to hear from committee members at some point and get together. Folks will be able to put forth those arguments, and we'll see what works. What we have undertaken is the most transparent process in the history of this state."

Hall said the committee room, where maps are drawn and debated, remains open and is live on YouTube.

"What we are trying to have is the most transparent process in the history of this state, which we have done," he said. "We have voluntarily decided not to use election data."

Hall talked about a national 'Sue till Win' strategy from Democrats.

"They can't win at the ballot box. They are going to try to win through the court system."

State lawmakers, he said, can, however, control the process in Raleigh, including the resultant splits in urban districts.

"Those counties can't maintain one district," Hall declared. "We have population constraints. Because of that, they are going to be split because the math requires it. In terms of how many splits there should be, that is why hearings like this are held."

Hall expects a committee vote by the end of this week or early next week. He expects the House and Senate to approve maps next week.

The House Redistricting Committee and the Senate Redistricting and Elections Committees are holding a joint public hearing Tuesday, Oct. 26, in the Legislative Building Auditorium, and remotely at East Carolina University, and Central Piedmont Community College.
Go Back