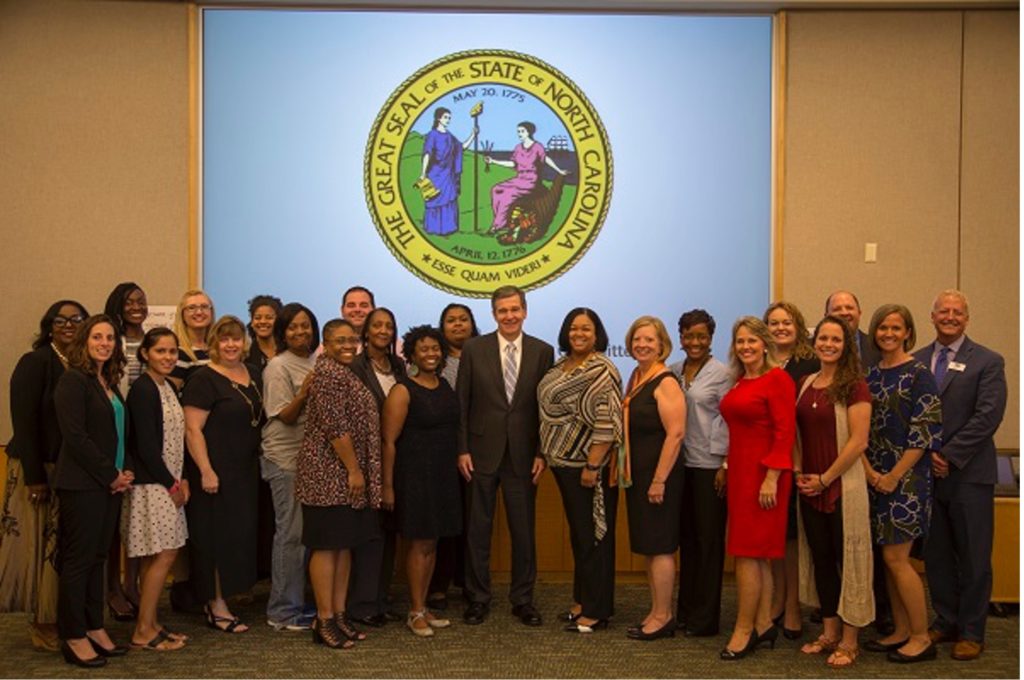 Of the 25 active members of Gov. Roy Cooper's Teacher Advisory Committee, only one is a registered Republican, a review of voter registration records by Carolina Journal shows. The ratios bring into question how adequately the advisory committee represents the diverse viewpoints of teachers from across North Carolina.

Cooper, a Democrat, created the committee through executive order in 2017 to advise him "on a range of education issues, particularly those of importance to teachers," according to the governor's website. Members "represent the governor at events, maintain communication with local boards of education, teachers across the state, and other stakeholders, and share opportunities to support teachers."

Thirteen members of the committee are registered Democrats, and five are registered unaffiliated. The remaining six are either not registered or insufficient data was available to determine their voter registration by CJ.

Keana Triplett, a digital learning coach at Watauga High School in Boone, is the only registered Republican. Triplett was N.C. Teacher of the Year in 2015.

Current data from the N.C. Board of Elections show North Carolina is evenly divided in voter registration, with about 35% of voters in the state being Democrat, 30% Republican, and 34% unaffiliated.

"The fact that Governor Cooper does not have a comparable group of parent advisers tells North Carolinians all they need to know about his misplaced values and priorities," said Dr. Terry Stoops, director of the Center for Effective Education at the John Locke Foundation. "Governor Cooper should spend more time listening to parents and less time listening to left-leaning educators air their grievances."

Stoops urged Cooper to come to an agreement with Republican leadership in the N.C. House and Senate on a budget for the new biennium, saying another gubernatorial veto of a budget would prolong the challenges faced by the public school system.

The lopsided political representation of the committee came into focus during its most recent meeting Oct. 25. As reported by EdNC, several teachers used the meeting to bash Lt. Gov. Mark Robinson, a Republican, and efforts to unearth indoctrination in the classroom.

"We have a lieutenant governor who is coming after us saying that we're trying to indoctrinate children," said Rodney Pierce, a teacher from Nash County who isn't listed as a current member of the committee. "This is on top of everything else you're dealing with that's already been said on the call."

A Pitt County high school teacher, Elyse McRae, chimed in that parents are asking to see curriculum of African American studies classes in which their children aren't enrolled and are asking if Critical Race Theory is being taught without being able to explain what the theory is.

Another teacher - Tomika Altman-Lewis from Chapel Hill-Carrboro City Schools - said the climate in the state would be against teachers until they went to vote at the ballot box en masse as one unit.

In March, Robinson launched a task force dedicated to giving parents and teachers an outlet to report examples of bias and indoctrination in the classroom. The task force's first report detailed over 500 submissions.

'Pushed out of public education'

"There is no doubt that conservative teachers are being pushed out of public education," Marshall said. "Having a lopsided governor advisory committee contributes to that."

Earlier this year, Marshall launched the Carolina Teachers Alliance as a lower-cost alternative to the N.C. Association of Educators, a way for public school teachers to get benefits and support without having to support a progressive agenda they disagree with.

Recent evidence suggests that both educators and North Carolinians more broadly are growing weary of the one-sided representation of teachers as exclusively aligned with the Democratic Party. Over the past decade, membership in the N.C. Association of Educators has dropped 59% and its revenue cut in half - from $11 million to $5.8 million.

The self-described teacher's union is aligned with many Democratic Party priorities beyond public education funding, including controversial race and gender instruction in classrooms and efforts to defund the police.