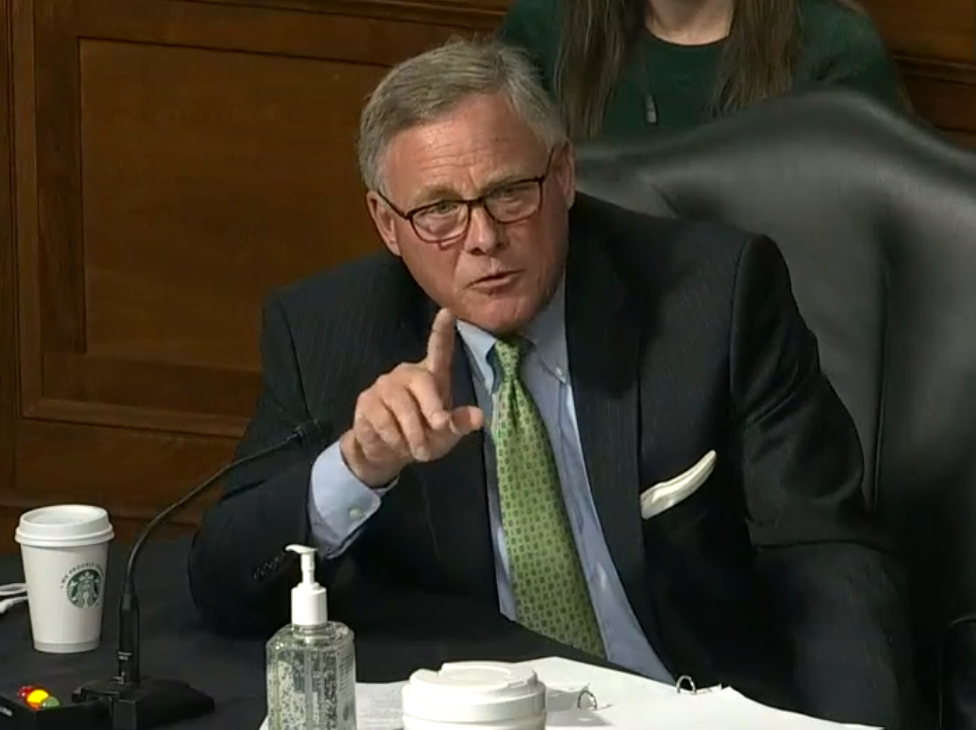 According to the report: "After Sen. Richard Burr of North Carolina dumped more than $1.6 million in stocks in February 2020 a week before the coronavirus market crash, he called his brother-in-law, according to a new Securities and Exchange Commission filing. They talked for 50 seconds."

ProPublica cites new filings with the SEC concluding that "Burr had material nonpublic information regarding the incoming economic impact of coronavirus. The very next minute, Burr's brother-in-law, Gerald Fauth, called his broker."

According to earlier reports by the publication, Fauth, a member of the National Mediation Board, dumped stock the same day as Burr. But it was previously unknown that Burr and Fauth spoke that day, and that their contact came just before Fauth began the process of dumping stock himself.

According to ProPublica, the revelations come as part of an effort by the SEC to force Fauth to comply with a subpoena the agency said he has stonewalled for more than a year. In the filings, the SEC also revealed an ongoing insider trading investigation into both Burr and Fauth's trades.

In January 2021, the Justice Department announced it would not criminally charge Burr in connection with stock trades that he executed on the heels of being briefed about COVID-19 last year, shortly before the coronavirus pandemic rocked the U.S. economy.

The probe of Burr had included the highly unusual seizure of his cell phone by the FBI in May and led to his stepping aside as chairman of the powerful Senate Intelligence Committee that same month.

"Tonight, the Department of Justice informed me that it has concluded its review of my personal financial transactions conducted early last year," Burr said in a statement released in January. "The case is now closed. I'm glad to hear it. My focus has been and will continue to be working for the people of North Carolina during this difficult time for our nation."

NBC confirmed with a DOJ official that Burr would not be charged.

However, the SEC can still pursue civil penalties and administrative actions against Burr that can include fines and other penalties. Burr, a third-term U.S. senator, is retiring when his current term concludes in 2022.
Go Back