Expect the Great Reset to Control Your Lives Very Soon! | Beaufort County Now | What kind of world will we live in once these changes take hold and what way of life will it be for the American people. We are already seeing demands for digital papers sweeping Western society.

Expect the Great Reset to Control Your Lives Very Soon!

Login to Send a Private Message to John Woodard 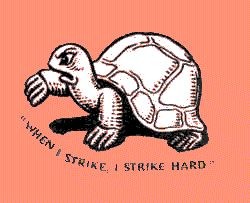 We have been hearing about the Great Reset for quite some time, but the timetable has been unclear to the American public. We are now able to see the tortoise approaching us which means that the “transformation of society is getting close.”

I have made references to the tortoise in several previous articles with the analogy that the American population would see it coming but it was moving so  slowly that they did not notice how close he was getting until one day they woke up and he was nose to nose with us. The elites of our society, nationally and internationally, have been attempting to tear down the American government and our financial system for many years. Now, they have the Covid-19 virus as the tool that is going to finally allow their utopian dreams to become reality at our expense.

Some people see Pres. Obama as the forerunner of the current methods to undermine our financial system, but as much as he pushed for social change, he did not have anything like the Coronavirus in his tool bag. Now, it is perfectly clear that the attempts to change our country into a Socialist/Marxist form of government are nearer to reality now than at any time in the 20th century since the Fabian Socialists came to America with the goal to eliminate the United States as the final government standing in the way of implementation of these radical changes.

Now, the question is, what kind of world will we live in once these changes take hold and what way of life will it be for the American people. We are already seeing demands for digital papers sweeping Western society. In a growing list of countries that includes Israel, Australia, Italy, Lithuania and Greece, blackouts by the media in these countries are preventing the warnings about the nightmare that is known as the Great Reset from reaching our shores. 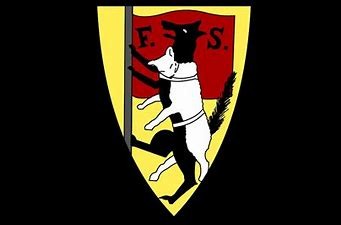 Similarly, in some of these countries, you are banned from shopping, work, eating out and so much more. Changes are moving forward very quickly in the direction that is sought by a great number of the world’s most powerful people. There is a criminal cabal of global predators who are using Covid as a tool to force a new permanent transformation of society that can only be described as totalitarian. We know that the Great Reset is a transformation of society being supported and promoted by the World Economic Forum, the UN, the Vatican, the Islamic world, the Jewish world, the Corporate world and much of the Church world. And while some nations like the US and the UK are moving somewhat slower toward implementation of the goals of the global reset, they are diligently working to collapse what remains of the old system. Everyone looks at the free spending Democratic Party spending trillions and trillions of dollars we don’t have on programs that we don’t want and wondering why this is happening. Well, here’s the reason. They know that if they use their political influence to spend us into oblivion, with a political party that goes along, that they can tear down the US financial system and rain in Socialism/Marxism (aka, Utopia). Any reasonable person would want to know why they are doing this as all of these people have gotten extremely wealthy in a capitalist society. They all have very nice homes and, in some cases, more than one, luxury automobiles, the nicest of everything that society could make available yet in their thirst for power, these people seem ready willing and able to tear down the economy of the country that has given them so much.

Isn’t it amazing that the media is covering up for the Democrats in this endeavor? The fact is, they don’t want you to know what’s going on in other nations because the horrific reality of a two-tiered apartheid society taking shape in Europe and Australia foretell what is planned for the United States. We are nothing more than a few months behind. That’s why Biden warns of the “dark winter” that is coming and demonize those who reject the vaccine. A great many people are refusing the vaccine and calling it the “death serum”. This, so-called, vaccine disrupts the DNA of those who accept it. The demonization of society will intensify so that they can blame the coming misery on those of us who have not been injected as more people die and fall ill from the shots. Our government will continue to make life as miserable as possible for as many Americans as they can until everyone relents. This is not a pandemic of the unvaccinated. This is an infection of globalist authoritarianism.

So, you may ask, why is this happening and why now? The simple answer is because the time has come. We have reached the pinnacle of technological knowledge which can transfer the world into their idea of utopia. They no longer need billions of worker bees to man factories and do other unskilled jobs. That sort of flies in the face of all of the immigrants coming over the southern border, but that is another story. They have the robots and no longer need people that require three meals a day. They believe that the people are using up the Earth’s resources thus the reason for the death shots.

Australia and Israel took the lead so if you did not have a digital health passport which would display that you are up to date on your shots, then you do not have the right to enter a public facility or travel more than a certain distance from your home. Germany and Italy are moving toward the same system as we speak. For the time being the UK has stepped back slightly from implementing full-blown health passport after massive demonstrations by the people. But Prime Minister Boris Johnson is chafing at the bit to join the ranks of other Western nations who are willing to say goodbye to long-standing traditions of freedom.

Biden is well aware that there is no way that a majority of Americans will buy into a slave system, so the regime is doing what all communist regimes do. They are turning up the heat, causing as much economic and social pain as they can hoping that at some point, they will be able to step in, declare martial law and blame everything on a small segment of Americans who remain un-injected.

Rather than the government taking responsibility to organize all these changes, the Biden administration is counting on large corporations to simply volunteer to do the government’s dirty work of firing the un-faxed and collapsing the economy. Most large companies are happy and willing to oblige. Hence the basis of the Biden statement that we will have to endure a dark winter.

Many people refer to the Biden mentality in unflattering terms. They may be right that he has lost a step but I don’t see him as mentally challenged. I thing he has sold out America and he is following the orders of the Chinese.

I hope and pray that we can restrain the zeal of the Democrats and give us the time to elect a conservative who can reverse these negative changes and save the United States for future generations.