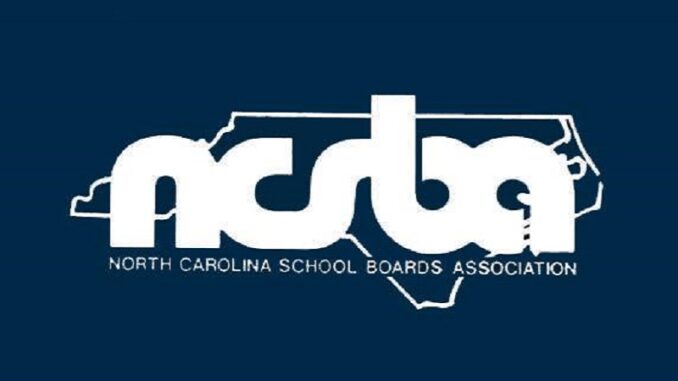 The North State Journal is reporting:

The vote was first reported on Facebook and apparently took place at the NCSBA’s annual conference currently underway in Greensboro, North Carolina.

NCSBA President Amy Churchill and Executive Director Leanne E. Winner sent a letter to their membership announcing the termination of their membership with the NSBA. The letter says the decision will be effective as of June 30, which is the end of the term for which dues have already been paid.

“For a number of years, some of the state school boards associations, including North Carolina, have voiced concerns over governance and financial issues at NSBA. During that time, little has been done to address these concerns,” the letter reads. “The September 29 letter from NSBA to President Biden, in both its inflammatory language and the request for federal agencies to intervene in our communities, was just one in a series of lapses in governance.”

The letter also said the decision to leave the NSBA “was not made lightly.”

The NCSBA’s move comes following the backlash over a letter sent by the NSBA to the Biden administration that characterized protesting parents as domestic terrorists.

According to Parents Defending Education, the group who discovered the NCSBA’s letter as part of a records request, 11 states have withdrawn their membership or dues include Alabama, Florida, Kentucky, Louisiana, Missouri, Montana, New Hampshire, Ohio, Pennsylvania, South Carolina, and Wisconsin.

Parents Defending Education had listed North Carolina among the 26 state school board associations as distancing themselves as of their Nov. 9 update.

Both state and national level North Carolina elected officials pushed back on the memo, which U.S. Attorney General Merrick Garland used as a platform to send the FBI into local school districts around the country.

After pushback over its letter to the Biden Administration, the NCSBA issued an apology to members on Oct. 22. The NSBA also removed the original Sept. 29 letter to President Biden from its website.

“On behalf of the NSBA, we regret and apologize for the letter,” reads the NSBA board’s letter. “To be clear, the safety of school board members, other school officials and educators, and students is our top priority, and there remains important work to be done on this issue. However, there was no justification for some of the language included in the letter. We should have had a better process in place to allow for consultation on a communication of this significance. We apologize also for the strain and stress this situation has caused you and your organizations.”

It was later learned that NSBA President Viola Garcia and CEO Chip Slaven had sent the letter to the White House without the knowledge or approval of its members.

It was also learned that White House staff interacted with the NSBA regarding the letter prior to U.S. Attorney General Merrick Garland’s now-famous Oct. 4 memorandum directing the FBI to investigate “threats” to school boards and education personnel in every state.

Lost in the news shuffle was Biden Education Secretary Miguel Cardona’s Oct. 13 appointment of the NCSBA’s Garcia to the national board which oversees the Nation’s Report Card, commonly referred to by the acronym NAEP. The NAEP board oversees national testing and assessments of all K-12 public school students and is considered a prestigious appointment. Former North Carolina Governor Beverly Perdue was also re-appointed to the same board by Cardona.

The USDOJ press statement announcing Garland’s memorandum said a task force would be set up to provide training and look into “criminal conduct directed toward school personnel.”

During congressional hearings held following the publication of the memorandum, Garland refused to give details on the task force as well as whether or not the FBI was already holding meetings with state education officials. Garland also admitted that he based his claims of “violent threats” to school boards and education staff using the now infamous letter.