G.K. Butterfield to retire from Congress

Published: Friday, November 19th, 2021 @ 8:41 am
By: Carolina Journal   ( More Entries )
Publisher's Note: This post appears here courtesy of the Carolina Journal. The author of this post is Donna King. 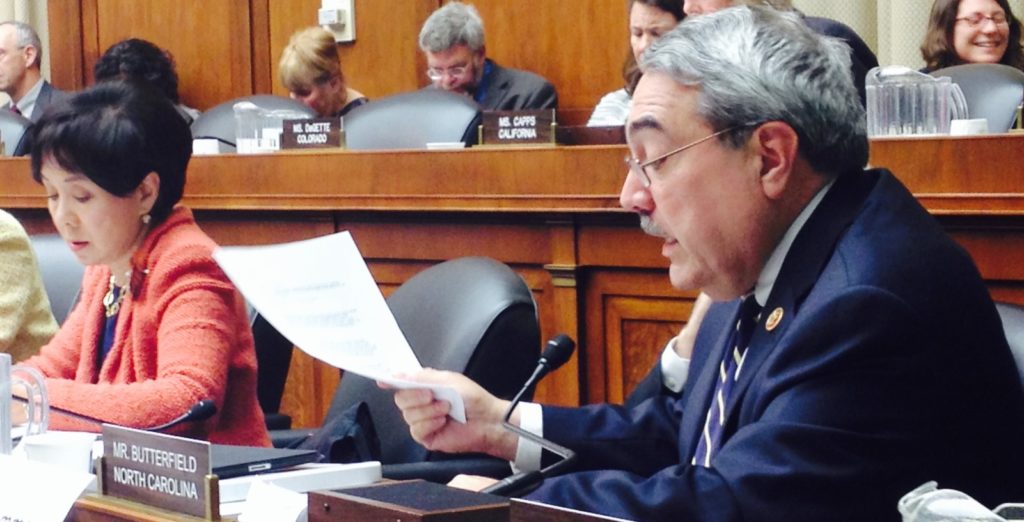 Rep. G.K. Butterfield, N.C.-1, a Democrat, has officially announced he'll retire at the end of this term in Congress. Originally from Wilson, Butterfield, 74, has served in Congress since 2004. He has been in Congress for 18 years, representing a district that runs along North Carolina's northern border with Virginia. Butterfield won his first election to Congress by more than 71% and has handily won the seat in each election since, winning by margins well into the 70's. However, the first congressional district shifted in the new maps passed by the N.C. General Assembly this year, making it more competitive. The redraw of district lines is required every ten years to take new census data into account. Butterfield strongly criticized the new maps, calling them a partisan gerrymander.

"While I am hopeful that the courts will ultimately overturn this partisan map, and see that a fair map is enacted, I have made the difficult decision that I will not seek re-election to the United State House of Representatives. It is time for me to retire and allow the torch to be passed to someone who shares the values of the district," he said in a recorded video posted on Facebook.

In 2014, Butterfield was the chairman of the Congressional Black Caucus and now serves as chief deputy whip of the House Democratic Caucus. Before his election to Congress, Butterfield served a long career as a judge. For 13 years he was a Superior Court judge for the First Judicial Division. He was appointed by then-Gov. Mike Easley in 2001 to the N.C. Supreme Court. He lost re-election to the high court in 2002 and returned to the Superior Court.

Butterfield joins Congressman David Price, N.C.-4, also a Democrat, in announcing his retirement this month. Price has been in office on Capitol Hill for 25 years, having been elected to represent the fourth congressional district in 1997.

Price and Butterfield's retirements represent a combined four decades in Washington for their state party and come as Democrats on Capitol Hill work to keep control of both chambers amid inflation and low approval numbers for Congress and President Joe Biden.
Go Back