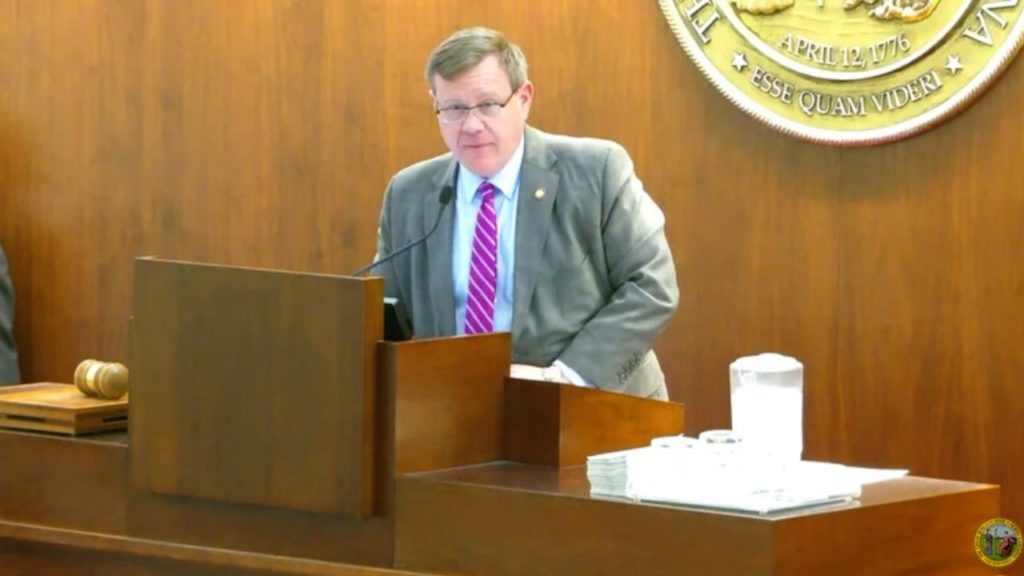 
Both chambers of the N.C. General Assembly passed an adjournment resolution Monday evening, Nov. 29, coming amid a flurry of other measures making their way through the legislature.

In addition to agreeing to adjourn Dec. 30, the Senate and the House passed a bill granting permission for landlords to apply HOPE funding for tenants behind on their rent because of COVID shutdowns. H.B. 110 allows landlords to apply for program assistance, with the permission of the tenant. The HOPE Program is funded with dollars from the federal American Rescue Plan. It's administered by the N.C. Office of Recovery and Resiliency (NCORR), created by the General Assembly to provide rent and utility assistance to low-income renters experiencing financial hardship due to pandemic policies, protecting them against utility disconnections and evictions.

Federal law allows the funding to cover late fees, allows a landlord to apply on behalf of a tenant, provided they have a tenant's signature, allows for a utility-only application, and allows paying for hotel costs due to a family being unable to pay rent during the pandemic. However, the state's NCORR currently doesn't allow HOPE program funds to cover any of those instances.

Another bill that passed the House and earned concurrence from the Senate was Enhance Local Government Transparency, S.B. 473. It bans public officials from gaining financially from their position. The measure came after an audit released in May found that several Rocky Mount officials prevented the city's utility payment office from trying to collect $47,704 that Mayor Pro-Tem Andre Knight owed in past due utility bills. N.C. State Auditor Beth Wood's office opened the investigation after getting more than 200 complaints off its hotline alleging misconduct by elected officials and employees of the city of Rocky Mount.

The measure, S.B. 473, would make it a crime for elected officials to use their position and access to government resources for personal gain. It also would give some independence to local government offices responsible for auditing their government colleagues.

A once-controversial bill that changes the Asheville City schools from having an appointed board to an elected board also passed both chambers. According to sponsors, House Bill 400 had an arduous journey through the legislature but, at the last minute, the parties reached an agreement on the bill. The House voted unanimously to concur on the measure.

"Maybe that's a sign of good things, maybe we are all in a holiday spirit," Speaker Tim Moore, R-Cleveland, praised the agreement.

The N.C. Senate approved a measure banning the use of private money in the administration of elections. It stems from the use of so-called "Zuck bucks" in the 2020 elections in which a foundation funded by Mark Zuckerberg distributed money to polling locations to hire staff and other expenses. But, the foundation distributed more to areas that had an increased likelihood of voting Democrat. The ban, S.B. 725, passed the House on Nov. 17.

Also on Monday, lawmakers passed technical corrections to the 2021 Appropriations Act, and made some appointments to state board and commissions.
Go Back