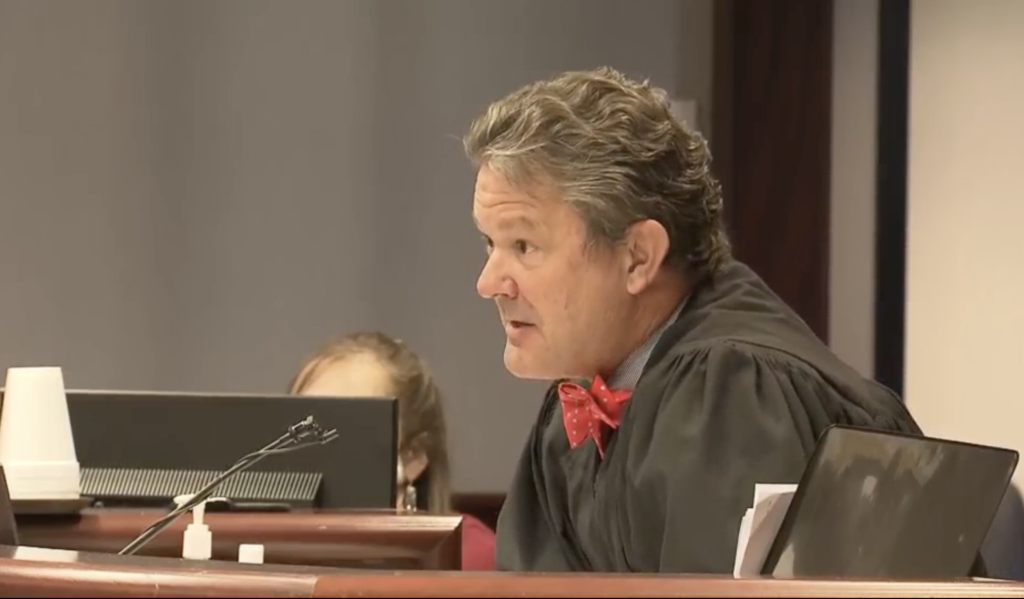 Plaintiffs in two lawsuits had urged the judges meeting in Wake County Superior Court to issue a preliminary injunction against the maps. Such an action would have delayed candidate filing, at least in races for N.C. House and Senate and the state's 14 seats in the U.S. House of Representatives.

The two lawsuits can proceed. But the three-judge panel did not go along with the idea of delaying the election process.

The panel determined that it was up to the legislature, not the courts, to make decisions about how to draw the maps. The three-judge panel included Republican judges Graham Shirley and Nathaniel Poovey. The other judge, Dawn Layton, is a Democrat.

Critics claimed their own computer-drawn maps split fewer counties, municipalities, and voting districts than the General Assembly's disputed maps. Opponents also argued that the computer maps are more compact and would produce election results that don't favor one party.

Zach Schauf, an attorney for the plaintiffs, said the redistricting committee of the General Assembly passed maps on party-line votes, and the results were intended. He said it would require legislators to be almost angelic to not account for partisan considerations, as they live and breathe politics every day.

"The maps render elections in North Carolina a formality because any time you have a statewide vote total within 7%, it bakes in a certain result and that is a case of extreme gerrymandering," Schauf said. He said that all three maps have the same type of extreme gerrymandering as the Common Cause and Harper v. Lewis cases, which prompted redrawing of the state's election maps in 2019 under previous census data. A previous three-judge panel had ruled that the earlier maps represented extreme gerrymanders that violated the N.C. constitution.

"Stephenson (v. Bartlett) case [a state Supreme Court precedent from 2002] expressly allows partisan advantage in redistricting," said Phil Strach, attorney for the General Assembly. He said lawmakers could pursue partisan advantage when drawing the maps, but they did multiple things to "handcuff" their ability to do so.

Strach said the map-drawing process was open and transparent and that lawmakers started with a clean slate, didn't use any election data, and didn't come in with any other information.

Lawmakers gave detailed explanations as to why the maps were drawn the way they were and kept municipalities whole, with the exception of two, Strach said. These are two things never done before in the history of redistricting in the state. Lawmakers didn't need to use racial data, and they followed the Stephenson requirements, had a floor of compactness, and used local knowledge.

Shirley noted that a recent Wall Street Journal story highlighted North Carolina's F grade from the Princeton Gerrymandering Project for partisanship. Strach said no one really knows how Princeton draws its maps and likened it to a black hole.

Strach said other plaintiffs' lawyers sent the legislature letters saying African Americans were being elected in districts with less than 50% black voting-age population. "The Gingles preconditions are being met, so why would we look at race and run the risk of the equal protection challenge?" asked Strach. He's referring to Thornburg v. Gingles, which rendered districts of the General Assembly invalid on the basis that the districts impaired the ability of black voters to elect candidates of their choice, according to Ballotpedia. In this ruling, the high court established three criteria for analyzing claims of vote dilution, Ballotpedia says.

Strach said Stephenson allows for partisan advantage, and there is no evidence of extreme partisan gerrymandering in this case. "It is not surprising that there is a Republican majority map the way Republicans are spread out across the state and Democrats aren't because they are more concentrated in cities," Stach said.

Shirley read the judges' decision: "The state constitution left the decision on redistricting to a political party. It results in an ill that has affected this country and state since colonial days. The people of this state have had an opportunity on numerous occasions, through revision of the constitution or through amendments, to correct this ill but have chosen not to do so. Stephenson makes clear that partisan advantage can be taken into account in redistricting.

"Our ruling (on extreme partial gerrymandering) should not be construed as condoning such. Only that we have a reasonable doubt on these facts as to whether these acts of the GA are unconstitutional. The plaintiffs have failed to demonstrate a substantial likelihood of success under merits," Shirley said.
Go Back