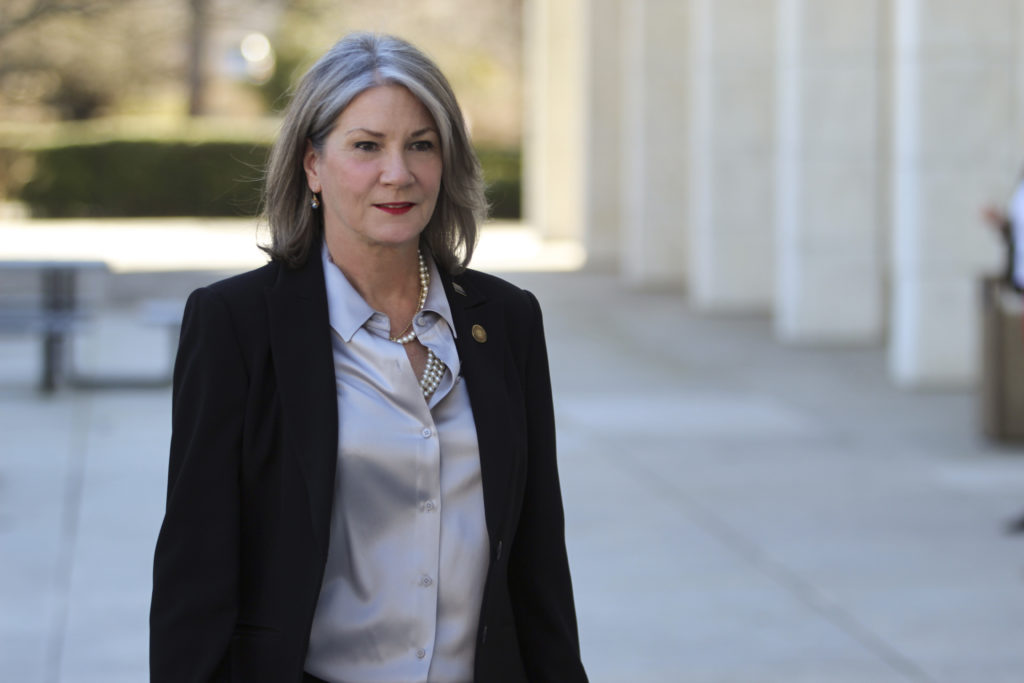 
The state Senate's majority leader has announced she will not run for re-election next year. Sen. Kathy Harrington, R-Gaston, is endorsing Brad Overcash as a potential successor.

Harrington is serving her sixth term in the Senate. She is in the middle of her first term as majority leader, a top post within the 50-member Senate.

"I'm immensely proud of what I've been able to accomplish over nearly 12 years in the Senate," Harrington said in a news release. "It's been an honor to serve the people of Gaston County."

"Looking back at my tenure I can say for a fact that I've accomplished all my goals and worked tirelessly on behalf of my constituents," Harrington added. "North Carolina is in a vastly different position than it was when I first took office. We have lower taxes, balanced budgets, and working families can send their children to schools that best fit their educational needs. With that in mind, I felt like it was the right time to retire."

Within minutes of Harrington's news, Overcash announced his candidacy for Harrington's seat in the 43rd Senate District. A news release from the Republican Overcash says he has Harrington's "heartfelt support."

"I love this county and this State, and will advocate for the fine folks of Gaston County and our conservative worldview," Overcash said in his news release. "I will return power to the hands of the people by limiting government, cutting taxes and regulations, enacting pro-job policies, and ensuring our children have a sound education free from indoctrination. It is time to reject the liberal agenda and proudly stand up for the sanctity of life and the constitution."

Overcash is an attorney and partner with the Parker Poe law firm. He chaired the Gaston College Board of Trustees and is a member of the Gaston County Family Advisory Board. He has served in state and local GOP posts.

The release includes an endorsement from Harrington. "In my retirement, I encourage the citizens of Gaston County to vote for the person who is most able to continue fighting for our shared values and priorities, my dear friend Brad Overcash," she said. "Brad has my full and complete endorsement for the State Senate."
Go Back