Christmas memories that last a lifetime | Beaufort County Now | Raleigh Little Theatre is back, thriving in a recent performance of Cinderella. After a 37 year run every Christmas, the show had to be canceled last year during statewide COVID shutdowns.

Christmas memories that last a lifetime

Published: Friday, December 24th, 2021 @ 2:21 am
By: Carolina Journal   ( More Entries )
Publisher's Note: This post appears here courtesy of the Carolina Journal. The author of this post is Theresa Opeka. 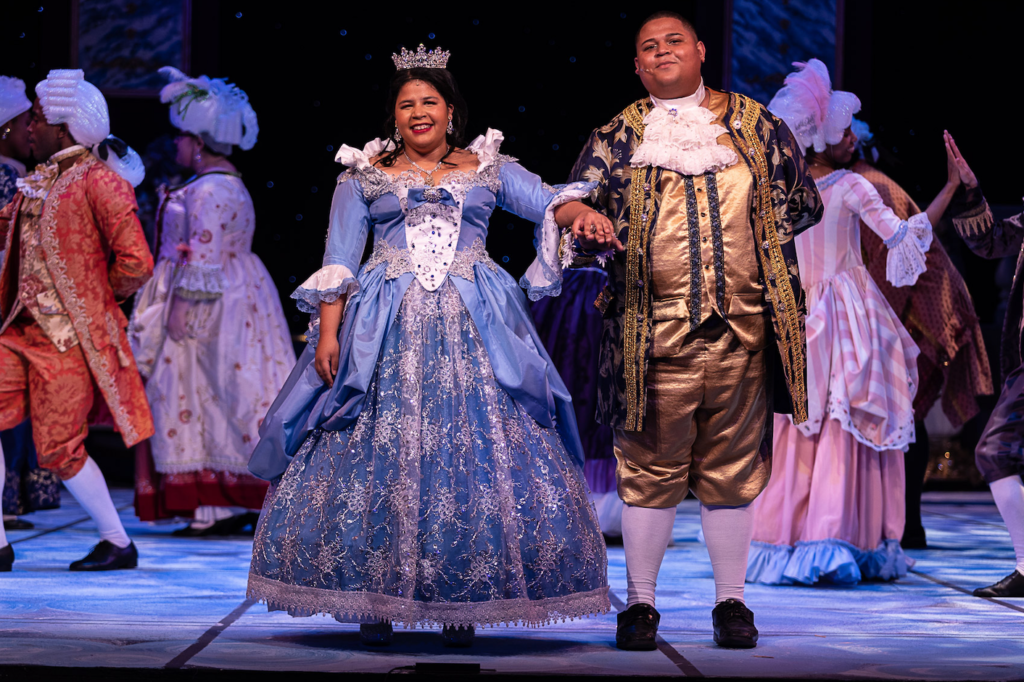 
Raleigh Little Theatre is back, thriving in a recent performance of Cinderella. After a 37 year run every Christmas, the show had to be canceled last year during statewide COVID shutdowns. This year, people young and old returned and packed into the intimate setting for a brilliantly executed performance that has some modern twists to it.

The theatre, which sits on land belonging to the Lumbee and Tuscarora Tribes and was the original site for the state fair (the property is in the shape of an oval which was the horse track), was started in 1936 as part of a movement of little theatres across the country.

"We were established coming out of the Great Depression," said executive director, Heather Strickland. "It was a recognition that in order to help communities heal, entertainment needed to be a part of that, specifically community theaters. Folks could participate in the creation of art as well as it could be accessible."

The theatre got creative when the pandemic hit by initially doing virtual performances via Zoom. They also recorded some performances and one actor performed all the roles in "It's a Wonderful Life" for last year's holiday performance with a limited number of people in the audience so it could be watched as a recorded performance.

Strickland said the outdoor amphitheater saved them as soon as some gatherings were allowed. They began to have some small shows with the audience spaced out. Calls also tripled to use the outdoor venue and rose garden for things like graduations and dance recitals, events that didn't normally occur there.

She said she doesn't know if they will ever see a full return to normal pre-pandemic performances and understands some of the hesitations for some audience members who haven't returned.

To attend, audience members over the age of 12 are required to show proof of Covid-19 vaccinations or a negative Covid test taken within 72 hours. Masks are also required at all performances.

"We couldn't do things normally for Cinderella," Strickland said. "In the middle of the show, the prince needs to try the slipper, the prince and king would go out into the audience and try the slipper on all of the kids. We can't do that, but we did come up with a creative way for the slipper try-on moment. Characters would go out in the lobby afterward and take pictures and sign autographs. Unfortunately, we can't do that this year," she said.

Restrictions and precautions certainly did not deter those in attendance for Cinderella, which runs through Dec. 19. There were plenty of grandmothers and grandfathers, moms and dads, and little children, especially little girls in full princess attire, who gathered to see the performance which keeps to the original story with plenty of modern pop culture mentions for the adults.

David and Sandy from Mebane brought their granddaughter Hayley to the performance as they did with their own daughter, Hayley's mom when she was 6 years old. Sandy said she brought her daughters to performances in the early 1990s and they love Cinderella.

"It's a fantastic production," Sandy said. "They do such a great job involving the kids. It's got the spirit of Christmas in it. It's a familiar fairytale for the kids."

"I was at this performance many years ago," said Mary from Cary. "I was with my oldest granddaughter, who was about 3 at the time and is now 28. I am here tonight with my son and daughter-in-law and twin grandchildren. I am looking forward to it very much," she said.

"It certainly feels good to see so many children with wands in hand and tiaras coming into our theatre, excited to see a show," said Strickland. "There are some things that are still missing. I think it is going to be a slow progression to understand, any industry requiring folks to gather in one space together is going to have to think a little bit different moving forward," she said.

"Our audiences are so excited to be back at live theatre," Strickland said. "They are grateful and thrilled. That's a fun energy to see. Our community has been incredibly supportive during this tough time," she added.
Go Back