Beasley’s position on the filibuster remains elusive | Beaufort County Now | Democratic U.S. candidate Cheri Beasley tweeted Wednesday that if she had been in the Senate, she would have voted in favor of the Freedom to Vote Act and the John Lewis Voting Rights Advancement Act. 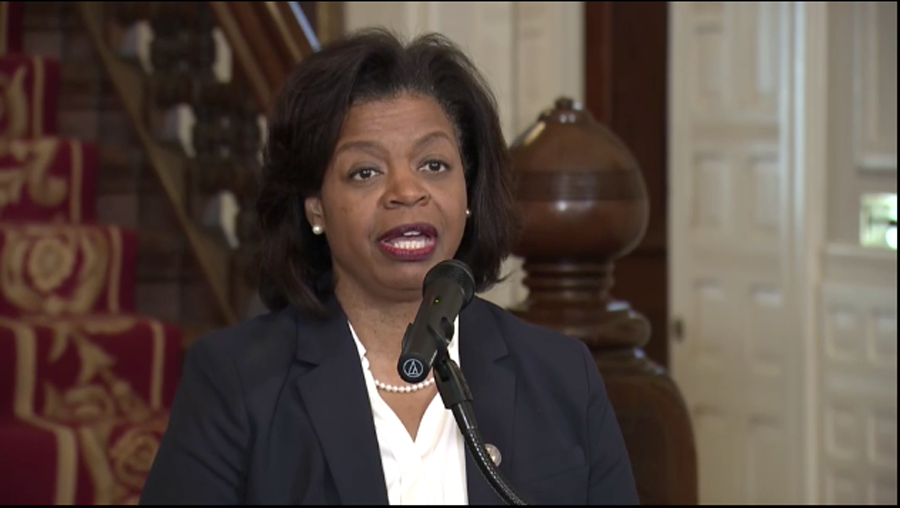 N.C. Supreme Court Chief Justice Cheri Beasley, as she was introduced in February 2019 by Gov. Roy Cooper. (Screenshot from WRAL.com)


Democratic U.S. candidate Cheri Beasley tweeted Wednesday that if she had been in the Senate, she would have voted in favor of the Freedom to Vote Act and the John Lewis Voting Rights Advancement Act. Beasley doesn't say how she would have voted on keeping the filibuster, despite questions from her supporters and Carolina Journal.

President Joe Biden and Senate Democrats faced another blow to their agenda Wednesday, Jan.19, when Senate Republicans, along with Democrats Joe Manchin of West Virginia and Kyrsten Sinema of Arizona, voted 52-48 against killing the filibuster in order to pass voting rights legislation.

Sixty votes were needed to end the debate and vote on a bill combining provisions of the freedom-to-vote and voting-rights-advancement measures. The legislation would make Election Day a holiday, expand mail-in voting, give control of elections to the federal government by creating a national standard on elections, and permit online, automatic, and same-day voter registration.

Beasley tweeted, "Washington failed us. In this moment, the failure to stand up for our fundamental, constitutional right to vote turns back the tide while our democracy is under attack."

Twitter followers replied with questions like "Will you vote to end the filibuster?" "Would you have also voted to change the rules and remove the filibuster? That is even more important." Beasley's campaign has not responded to requests from Carolina Journal for clarification on her position.

Beasley, a former chief justice of the N.C. Supreme Court, is running for the U.S. Senate seat occupied by retiring Republican Sen. Richard Burr. Observers consider her the clear front-runner for the Democratic nomination.
Go Back