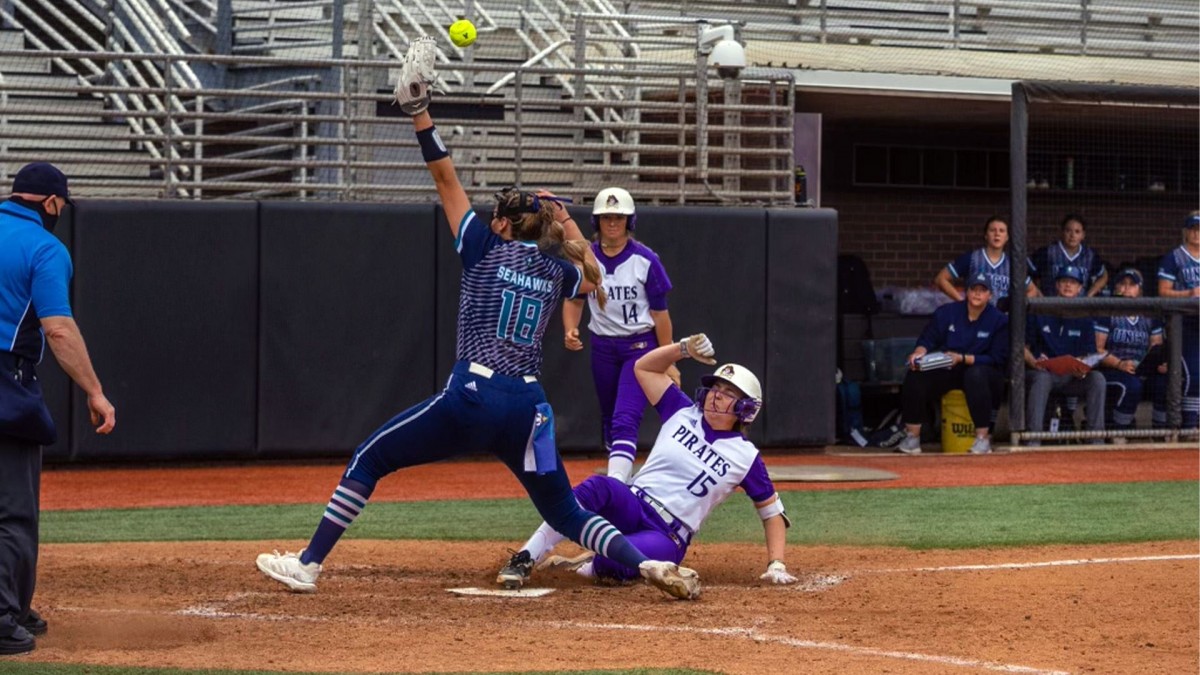 The Pirates' (16-12) five-game winning streak came to an end with the setback while the Seahawks (18-4) secured their third road win of the campaign.

Mary Sobataka's grand slam in the third inning proved the difference as she went 3-for-4 with a run scored and five RBI. Bailee Wilson turned in a nice effort at the plate for ECU, recording three hits and two runs scored. Sydney Yoder added a pair of hits and two RBI.

Kara Hammock (6-2) was the winning pitcher in a 6.1-inning outing where she allowed seven runs (five earned) on 11 hits with a walk and seven strikeouts. Amberlyn Pearce tallied the final two outs of the game to notch her first save. Logyn Estes (4-2) was tagged with the loss as she gave up two runs on four hits with a walk and a strikeout. The Pirates used all five of their pitchers during the contest.

Janel Gamache got the scoring started in the top of the first, belting a solo home run with one out to give her side a 1-0 advantage. East Carolina answered right back in the bottom of the inning when Yoder delivered an RBI single to plate Jarvis who had led off the frame with an infield single.

After Logan Bjorson gave UNCW the lead back with a RBI single in the top of the second, Sobataka took advantage of a Pirate error and used the extra at bat to clear the wall in right center with the bases loaded to make it 6-1.

ECU cut its deficit to 6-3 in the bottom of the fourth when Joie Fittante's ground ball was booted by the Seahawk third baseman - allowing Ledvina and Estes to score.

The teams traded runs in the fifth inning while another Pirate error resulted in a UNCW run, leaving the visitors with an 8-4 lead heading to the seventh.

With one away in the bottom of the seventh, Garner kickstarted an East Carolina rally with a sharp single through the right side. Wilson, Yoder and Estes then singled consecutively to make it 8-6 before Logan Sutton laced an RBI single down the left field line to plate Estes. With the tying run at second, Pearce induced a grounder back to the circle to seal the victory.
Go Back