Now I Know Why Leftists Promoted Common Core Math | Eastern North Carolina Now | Simply put, the idiocy of Common Core Math is at the core of the Leftist's Orwellian ("1984") disposition to convert our Constitutional Republic into a Marxist Hellhole.

Login to Send a Private Message to Stan Deatherage
Publisher's note: This post was first published in late Winter 2022, and is as topical now as it was then, when disbelieved by far more people than currently, it is roundly acknowledged as truth NOW.

Simply put, the idiocy of Common Core Math is at the core of the Leftist's Orwellian ("1984") disposition to convert our Constitutional Republic into a Marxist Hellhole. 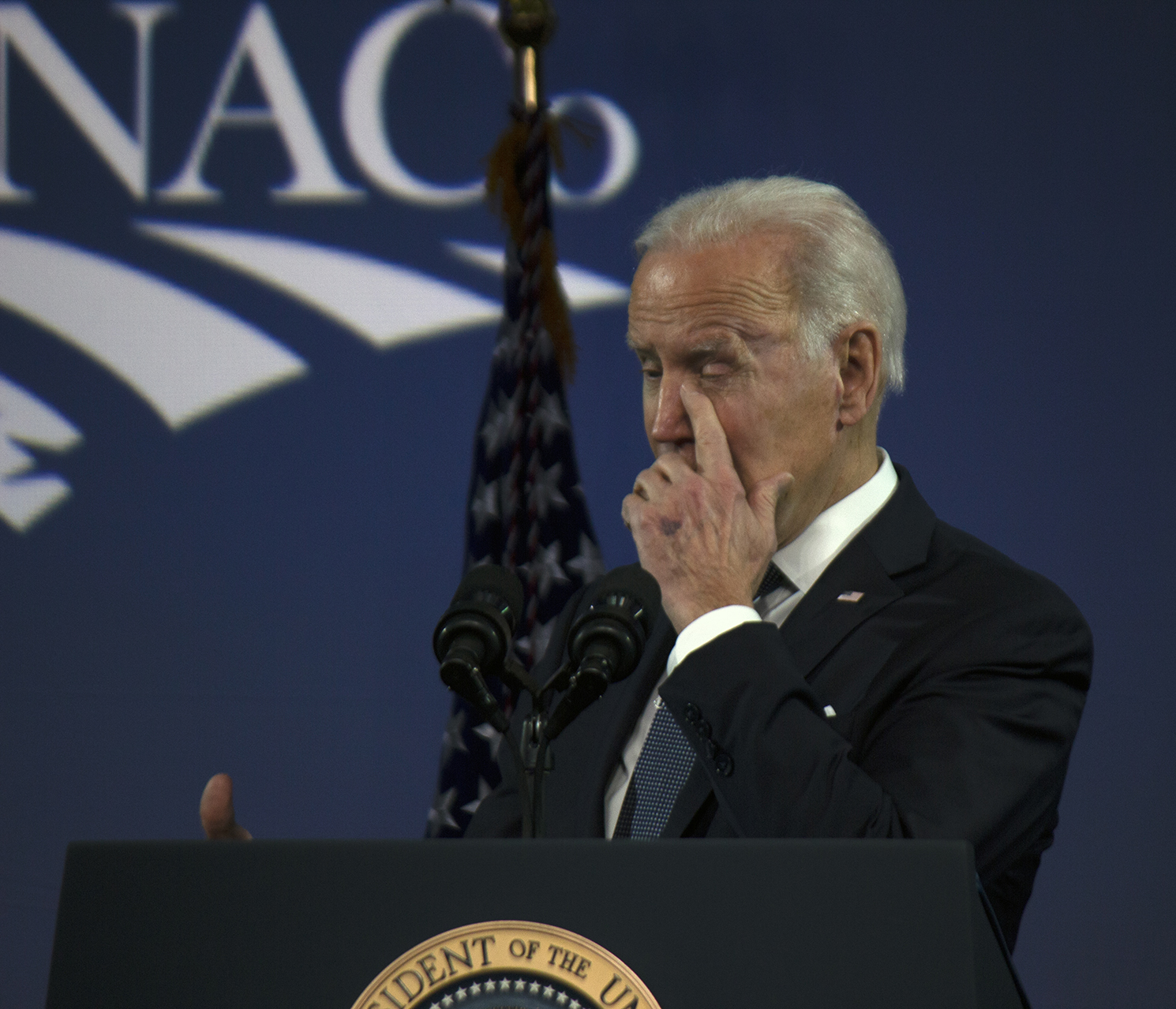 Joe Biden slurs another read speech about issues that he could hardly understand, whether right or wrong: Above.    image by Stan Deatherage    Click image to expand.

To put a finer point on this Leftist strategy, which is becoming more apparent by the day, is their bold desire to dumb down the masses rather than lift the intellect in as many who will heed that call to a more cognitive path toward a robust wisdom of continual deductive reasoning. Deductive reasoning is the process of enlisting all manner facts one knows to be true, while often employing mathematical equations to deduct the better, or best decision to plot one's course forward, or to create items of a beneficial purpose.

In many avocations within this Republic as we should all pull together for the betterment of all, it is important to be close to exact if not exact in one's calculations, and one's continued focus in that regard which requires deductive reasoning. Deductive reasoning teaches one to question and calculate parts of that which they know, if for no other reason but to assure themselves a good bit of what is real within their independent base of knowledge, that which allows then to make the best of decisions.

Now, consider this reality, that his nation of over 350,000,000.00 people (including the Illegals that can be found), who is led by a perpetually pathetic president, whose effective I.Q. won't crack 100 points, a veritable Idiot-in-Chief - a doddering fool who has no capacity for deductive reasoning- no functional understanding of mathematics or the relative nature of numbers, this Lying Fool who is now in control of the destiny of our faltering nation; the greatest political peril in OUR entire 233 years as a Constitutional Republic. This Tool Biden has skated on the public's dime for well over 50 years to leverage his bastardized "public service" into vast and corrupt wealth, and I fear that soon a tribute for his sins will be levied upon US all for America's First Idiot President's wanton dishonesty, his undeniable ignorance.

Just this week, Hunter Biden's paterfamilias met with the media, the corrupt corporate variety and otherwise, and pronounced that now $350,000,000,000.00 has been cut from the Federal Deficit in his first year in office, and all the Democratic Socialists had to do to achieve this magnificent and mind boggling feat was to spend over 4 trillion dollars that we do not have now, nor will we be able to raise later through taxation. Also, in that same slurred Speech on the "Vibrant Biden Economy", an economy that "created a record number of jobs" giving the United States still far less jobs, however, than before the onset of the Covid Pandemic ... even though now the Biden /Harris administration is claiming a lower Jobless Rate. Maybe, some wise Democratic Socialist economist should acknowledge the Workforce Participation Rate is at an all time low, hence, that variable leaves plenty of room for grand mediocrity in these foolishly hyped Jobless Rates yet to be pushed and pandered. Only in this dull world of the Democratic Socialists love for Common Core Math, and now CRT (Critical Race Theory) can this illogical use of false numbers, and incorrect assumptions produce such desirable results.

The larger question here may well be is how long before the public wakes up to this mammoth grift by the worst of the Democratic Socialists' Education Industry? How long will our Good People tolerate being fleeced by those non patriots who would destroy this nation to mold it into something completely unrecognizably ignorant; a Representative Republic that would elect a complete fool to be its leader?