ODU Comes From Behind For 8-7 Win | Beaufort County Now | Robbie Petracci's three-run home run in the ninth inning gave No. 29 Old Dominion an 8-7 come from behind win over East Carolina Wednesday night at Lewis Field inside Clark-LeClair Stadium.

ODU Comes From Behind For 8-7 Win 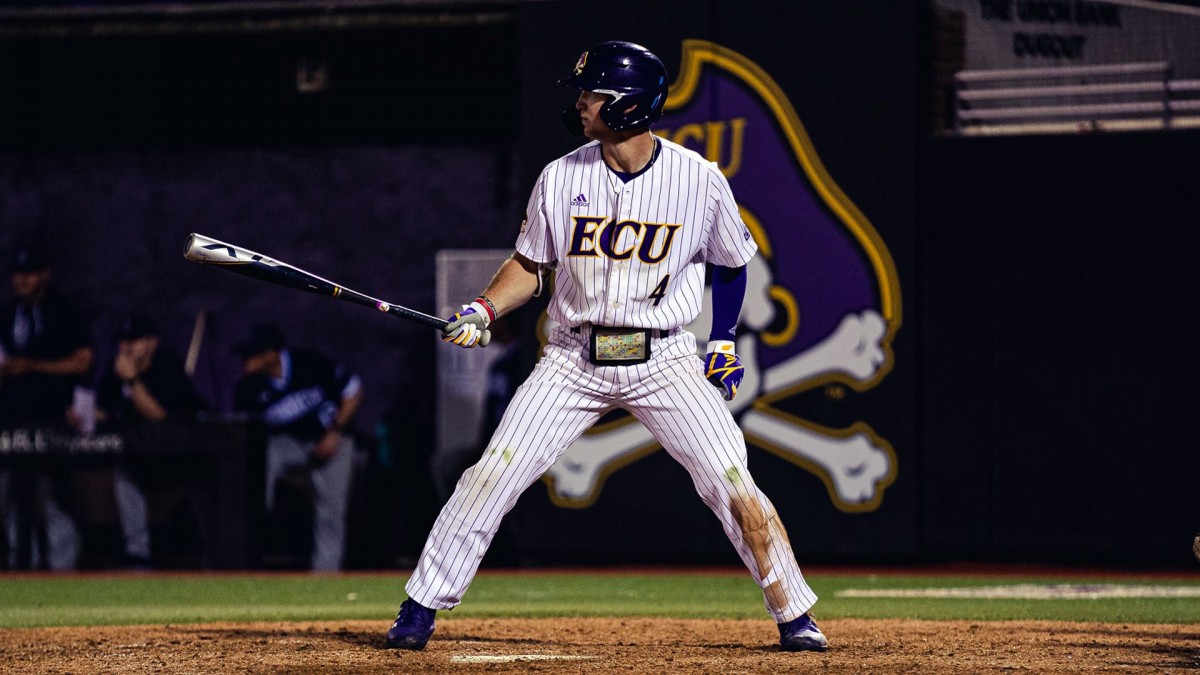 GREENVILLE, N.C.     Robbie Petracci's three-run home run in the ninth inning gave No. 29 Old Dominion an 8-7 come from behind win over East Carolina Wednesday night at Lewis Field inside Clark-LeClair Stadium. With the victory, the Monarchs improved to 21-6 on the season while the Pirates dropped to 16-14.

Trailing by three going to the ninth frame, ODU scored four runs on four hits to take its first and only lead of the contest. Carter Trice led off with a double down the right field line and scored on Andy Garriola's single down the left field line. Matt Coutney registered his fourth hit of the contest with a shot through the right side before Petracci's home run to right-center cleared the bases.

ECU jumped out to an early lead scoring a run in the second frame for a 1-0 advantage. Alec Makarewicz singled up the middle to start the inning moved to second when Jacob Starling drew a walk and took third on Jacob Jenkins-Cowart's sac bunt. After a Monarch pitching change, Bryson Worrell plated Makarewicz with a sac fly to left field.

The Pirates pushed across a couple runs in the third extending their lead to 3-0. Agnos led off with a single through the left side, which was followed by a bunt single by Hoover. With one away, Cam Clonch loaded the bases with a walk before Makarewicz' plated a run with a walk and Starling with one after he was hit by a pitch.

Coutney's second hit of the contest, a solo blast just left of the batter's eye, put the Monarchs on the board in the fourth, 3-1.

ODU tied the game at three-all after scoring a pair of runs in the fourth. With two outs, Kenny Levari singled to left, Trice followed with a walk and Garriola cleared the bases with a double down the left field line.

Jenkins-Cowart's fifth home run of the season gave the Pirates a 6-3 lead in the fifth. Clonch drew a walked to start the frame and took second on Makarewicz' second of three free passes on the night. A Nielsen wild pitch allowed both runners to move up 90 feet and two batters later, Jenkins-Cowart cleared the bases with a home run to right-center.

The Monarchs added a run in the sixth on Kyle Edwards sac bunt, while the Pirates scored in the seventh on Worrell's sac bunt making it a 7-4 ball game.

Agnos led all Pirates with three hits while Makarewicz reached base four times on the night (hit and three walks). Clonch and Hoover also reached base twice, while Jenkins-Cowart led the club with three RBI and Worrell plated a pair. In the sixth inning, with the bases juiced, Hoover robbed Garriola of a base hit snagging a shallow ball in left on a diving play to keep the game at 6-3 in favor of the Pirates.

ECU returns to the diamond on Friday, April 8 when its plays host to Wichita State in a three-game American Athletic Conference series. First pitch is slated for 6:30 p.m. (ET) and will be streamed on ESPN+.
Go Back