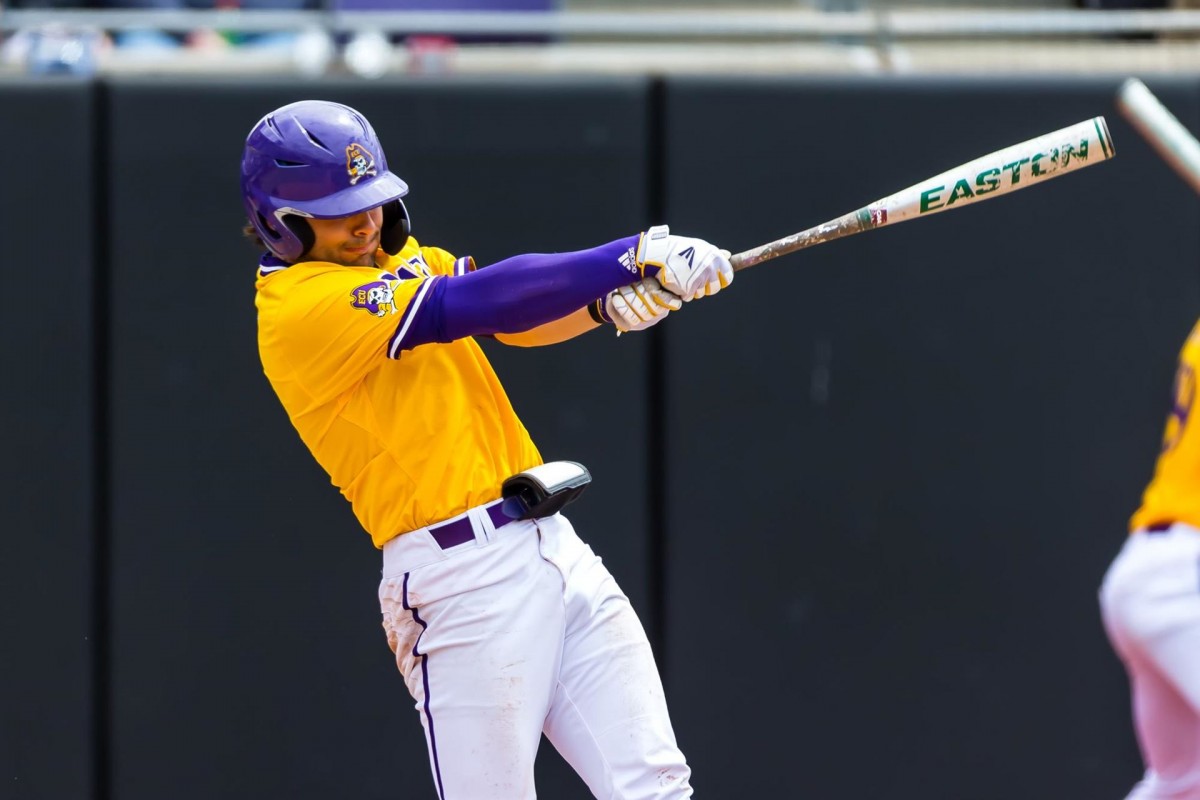 GREENVILLE, N.C.     Cameron Bye tossed eight shutout innings with eight strikeouts, while Chuck Ingram and Jordan Rogers each tallied a pair of hits helping Wichita State to a 5-0 win over East Carolina Sunday afternoon at Lewis Field inside Clark-LeClair Stadium. With the win, the Shockers improved to 13-18 overall and 2-4 in American Athletic Conference play while the Pirates dropped to 18-15 and 4-2.

Bye (3-0) earned the win allowing just three hits to go along with three walk during his eight scoreless frames. The right-hander struck out multiple batters in an inning twice and at least one in five frames. Connor Holden worked a scoreless ninth with two punch outs.

Chuck Ingram's ninth home run of the season staked Wichita State to an early 2-0 lead and proved to be the game-winning hit in the third inning. With two away, Andrew Stewart drew a walk following a nine pitch at bat and came around to score on Ingram's two-run shot to left field.

Wichita State extended its lead to four, 4-0, after posting a pair of runs in the sixth stanza. Stewart led off with a single up the middle, took second on Xavier Casserilla's walk and both runners moved up a base on a Yesavage wild pitch. Sawyre's lone hit of the contest, a single back up the middle, accounted for the two runs (Stewart and Casserilla).

A ninth-inning RBI double by Gage Williams capped the scoring at 5-0 on the day. Thornhill was hit by a pitch to start the frame and scored on Williams' two-base hit down the left field line.

The Pirates registered two of their three hits in the sixth inning posting the best scoring opportunity of the day. Zach Agnos doubled to deep center with one away and took third on Lane Hoover's infield single. But a great defensive catch and throw by Stewart in shallow center ended the threat as he threw Agnos out at the plate on Joey Berini's pop up.

ECU returns to the diamond on Tuesday, April 12 when it travels to Elon for a midweek matchup. First pitch is slated for 6 p.m. (ET) at Walter C. Latham Park and will be streamed on FloSports (subscription required).
Go Back