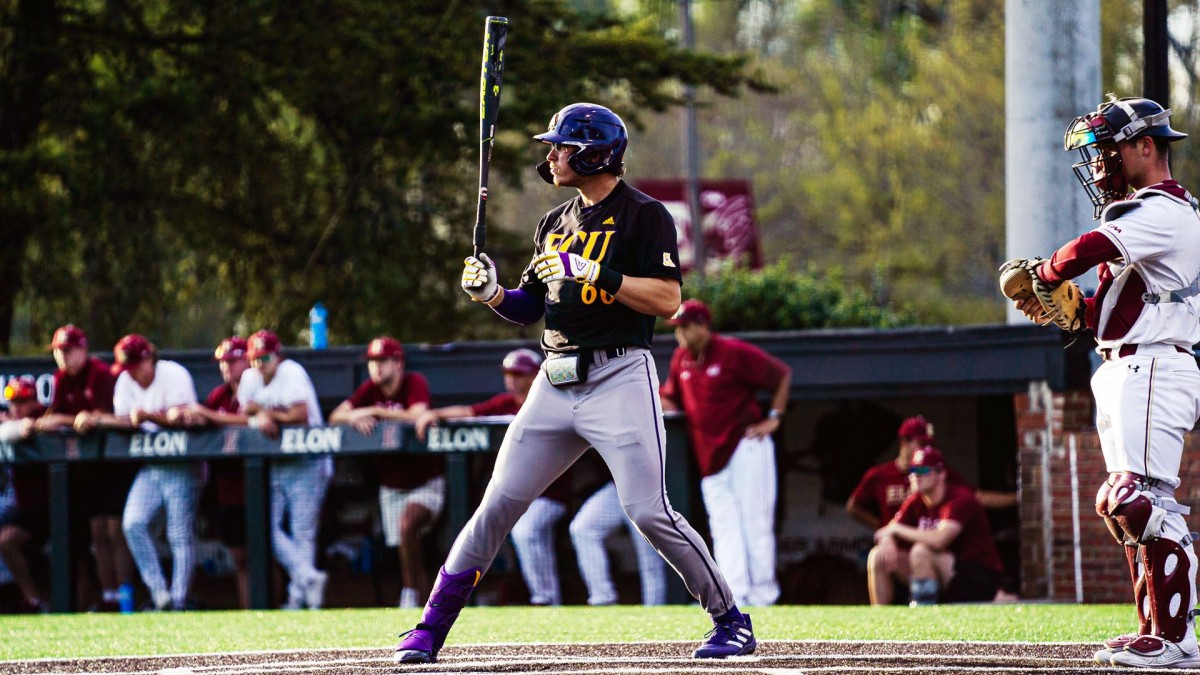 ELON, N.C.     Josh Moylan led East Carolina's offense after going 4-for-4 and driving in a pair of runs in a 7-1 series sweep of instate foe Elon Tuesday night at Walter C. Latham Park. With the win, the Pirates improved to 19-15 on the season while the Phoenix dropped to 15-17.

The Pirates wasted little time in getting on the scoreboard plating a pair of runs on four hits in the second for a 2-0 lead. Cam Clonch singled to right and took second on Bryson Worrell's sac bunt. Moylan pushed Clonch across on a one-out single through the right side and two batters later, Zach Agnos reached on another single this time through the left side putting runners on the corners. Lane Hoover drove in the would-be game-winning run with an RBI single to short scoring Moylan for the early lead.

Another RBI single by Moylan and a sac fly RBI from Ben Newton extended the Pirates lead to four, 4-0, in the third stanza. Jacob Jenkins-Cowart and Makarewicz laced consecutive singles before moving up 90 feet on Clonch's sac bunt before Worrell loaded the bases with a walk. Moylan collected his second hit of the game with a shot through the right side scoring Jenkins-Cowart then Newton lifted a fly ball to left field plating Makarewicz.

Elon's lone run came in the home half of the third thanks to Alex Iadisernia's sac fly pulling the Phoenix within three, 4-1. Connor Offshack led off with a single to left field and took third on Griffin Arnone's double to left field. After an ECU pitching change, Charlie Granatell drew a walk to load the bases. Two batters later, Iadisernia sent a fly ball to right field pushing across Offshack.

The Pirates added three insurance runs in the sixth capping the scoring at 7-1. Moylan led off with a triple to center and Agnos singled him home with a shot through the left side. With two away, Jacob Starling drew a walk and he and Agnos each advanced on a double steal. Jenkins-Cowart followed when he reached on a Phoenix error by the first baseman allowing Agnos and Starling to cross home.

Moylan led the Pirates offensive attack with a career-high four hits, while Agnos and Hoover both added two each. In all, ECU tallied 11 hits marking the 13th time this season with double-digit base knocks.

ECU continues its four-game road trip heading to Orlando, Fla. for a three-game set against UCF. First pitch is set for Thursday, April 14 at 6 p.m. (ET) and will be streamed on ESPN+.
Go Back