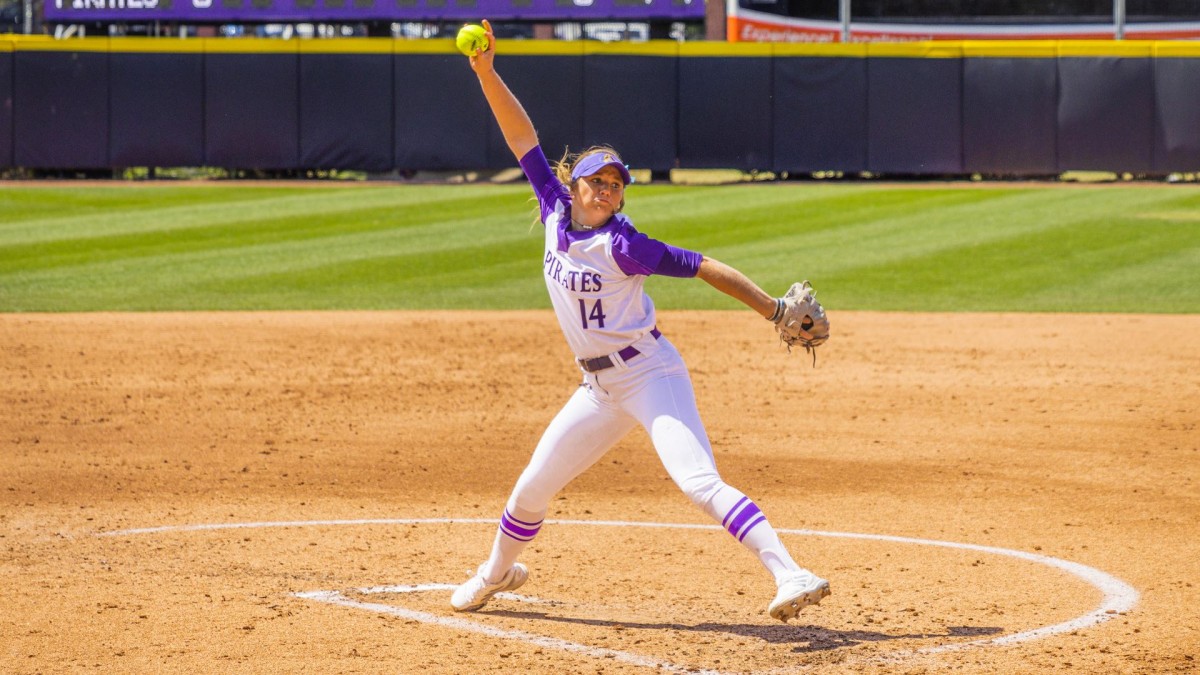 American Athletic Conference leader and No. 20 UCF remained unbeaten in league play with a 1-0 victory over East Carolina Friday evening at the UCF Softball Complex.

Logyn Estes (5-5) limited the potent Knight offense to one run on six hits with three strikeouts and no walks, but Gianna Mancha (13-5) tossed a one-hit shutout with two walks and four strikeouts to emerge as the winner.

Johneisha Rowe was one of six UCF batters to record a hit while driving in the contest's lone run. Taudrea Sinnie tallied a double that broke up Mancha's no-hit bid in the sixth.

UCF created the first real offensive threat of the game in the bottom of the second inning with consecutive one-out singles by Ashleigh Griffin and Maddie Bejarano, but Estes induced a pair of ground balls on the infield to terminate the frame and keep things scoreless.

The Knights broke through in the bottom of the fifth via a one-out RBI single by Rowe. Mancha allowed just one more ECU base runner in the final two innings to preserve the shutout.
Go Back